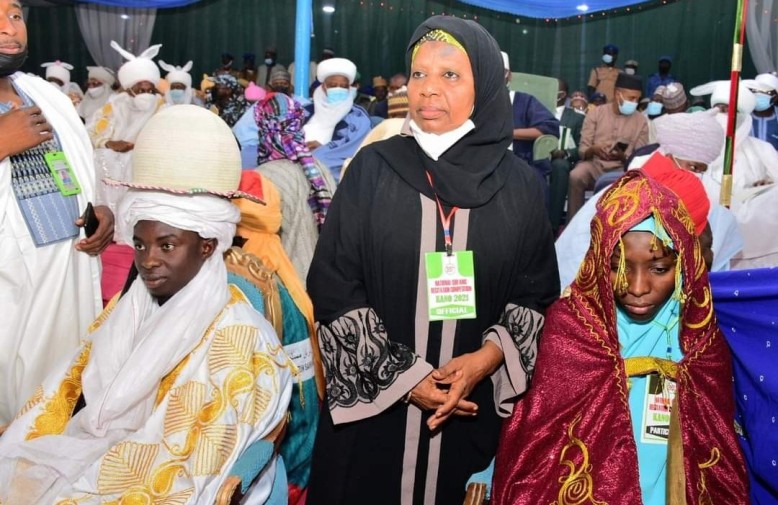 The 35th National Qur’anic Recitation Competition has ended in Kano with Muhammad Auwal Gusau from Zamfara State emerging best in the male category while Nusaiba Shu’aibu Ahmed from Kano State took the first position in the female category.

In a statement made available by Comrade Hassan Musa Fagge, the Chief Press Secretary to the Deputy Governor, Dr. Nasiru Yusuf Gawuna, said the two overall winners each received a cash prize of N2.5 million from Kano State Government.

In his address during the closing ceremony held on Saturday at the Convocation Arena of the Bayero University Kano, the Governor Of Kano State Dr. Abdullahi Umar Ganduje represented by his Deputy Dr.Nasiru Yusuf Gawuna who is also the Chairman of the Local Organising Committee of the competition said a total 180 males and 190 females from all the 36 States of the federation and FCT participated in the 9-day Qur’anic Recitation Competition.

He noted that the participants keenly contested in the 6 categories of the competition for both male and female right from 2 Hizb with practical Tajweed up to 60 Hizb with Tafsir.

The Governor added: -.”Our administration has made it as part of its cardinal responsibility to improve Islamic education especially as it relates to Qur’anic recitation and memorization at all levels, that is why we established the first ever Kano State Qur’anic and Islamiyya Schools Management Board which has today achieved a lot in the promotion of Islamic education”.

He also assured of continued support to the National Qur’anic Recitation Competition and appreciated the immense contribution of Usmanu Dan Fodio University Sokoto for conducting and managing the annual Qur’anic recitation competition in the country.

In his remarks, the Sultan Of Sokoto who is also the President of the Nigeria Supreme Council Of Islamic Affairs, Alhaji Muhammad Sa’ad Abubakar explained that the National Qur’anic Recitation Competition which is aimed at bringing out the benefit of reciting the Holy Qur’an is growing stronger every year.

He therefore commended Kano State for being a good host and pledged the Sultanate commitment towards enhancing Qur’anic recitation and memorization.

A former Vice Chancellor of the Usman Dan Fodio University Sokoto, Professor Shehu Galadanchi spoke on the virtues of reciting Qur’an, its memorization and Islamic education. Other highlight of the event includes the donation of N10 million by the Chairman of the occasion, Alhaji Abdussamad Rabi’u to the Local Organising Committee of the competition.