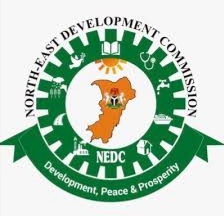 The ‘Yala Bornoye Progressive Initiatives’ has partnered with North East Development Commission (NEDC) for the distribution of food and non-food items to 700 Widows, Orphans as well as the elderly in Buni Gari, Geidam, and Yunusari communities as part of its efforts towards alleviating the sufferings of vulnerable persons affected by the insurgency. the

While making the symbolic presentation in Buni Gari, Mustapha Adam, the Executive Director Administration, Kanem Development and Yala Bornoye Progressive Initiatives disclosed that the group targeted 700 vulnerable persons especially widows whose husbands were killed as a result of the insurgency.

“We are targeting the vulnerable persons who might have gone through difficulties in life. We want to appreciate the Executive Governor of Yobe state and the Managing Director of North East Development Commission for all the assistance they have been rendering to us” he said.

In his vote of thanks, the Chairman of Gujba local government represented by the Council Secretary, Bura Alhaji Konto thanked the donors and urged the beneficiaries not to sell the items out but rather used them judiciously to enhance their livelihood.

The group also supported 100 widows and 200 Orphans in Geidam with non-food items as well as 200 vulnerable persons and the elderly in Zai Lawanti, Yunusari local government all in Yobe state.

Earlier speaking, the Acting Coordinator of North East Development Commission in the state, Garba Ajiyabo said the commission had supported hundreds of vulnerable women in the state with food and non-food items as well as training of grandaunts on Information and Communication Technology so as to be self-employed.

Some of the beneficiaries Hajjia Bintu and Bulama Fugu thanked Yala Bornoye for the donations and pledged not to sell the items. They also sought for more support so that other vulnerable persons that have not benefited can also get their own share.