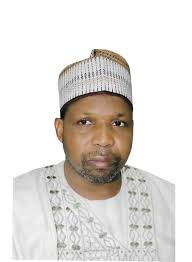 In a statement signed and made available to newsmen in Kano by the Head of Public Relations and Communication, Balarabe Danlami Jazuli, said the Executive Chairman, Dr. Danlami Hayyo disclosed this while speaking at the state flag off campaign held at Race Course Model Primary School, Nassarawa Local Government, said that in view of the fact that Kano state has the highest number of out of school children in the country.

The statement explained further that the state government has taken various measures and strategies at ensuring all school aged children have access and good opportunity to Basic education.

Dr. Hayyo who was represented by the Board Secretary Alhaji Baffa Saleh added that as part of government effort to that effect, the Free and Compulsory Primary and Secondary Education Policy was introduced, pointed out that the policy has since started yielding fruitful results evidence by statistics of the annual school census indicating increased in school’s enrolment.

He explained that, the state government under the leadership of Dr. Abdullahi Umar Ganduje is committed towards given much priority to education sector through the construction of hundreds of new classrooms and renovation of dilapidated ones as well as recruiting qualified teachers, provision of furniture, prompt payment of teachers’ salary, provision of instructional materials to schools while at the same time, sustaining teachers’ training among others.

He admonished Non-Government Organization (NGO’s) traditional and religious leaders, groups and community organizations in the state for their untiring and continue supports to the state government, “education is a collective responsibility which requires all and sundry in revitalizing the sector at ensuring enrolment, retention and completion of school by all children”. said Dr. Hayyo

The SUBEB Boss applauded UNICEF for supporting the state government in curtailing the number of out-of-school children, saying that the Board would continue to support the sustain the “Back to school campaign” for the success of the programme. “This is in line with the state government’s policy to promote education in the state.’’

In a goodwill message, the GEP3 manager, UNICEF Nigeria, Mr. Michael Banda said the campaign is collaboration with UNICEF, GPE/NIPEP and SUBEB towards mitigating the impact of the Covid-19 pandemic in schools in the state.

Mr. Banda added that, the collaboration through a programme tagged “Back to School Campaign/ COVID-19 Response was launched at state and Local Government level, in Tsanyawa and Kunchi Local Government areas respectively

He commended the state government for its prompt response to the Corona virus Pandemic in its efforts to prevent spread of the disease, through ensuring closure of schools and engaging the public to practice social distancing, stay at home, and practice of personal hygiene to stem the spread of the virus.

Mr. Banda reemphasizing that the provision of education is a collective responsibility and called on all relevant stakeholders to contribute their best for the development of education.

While registering pupils during the state flag off, the Royal Father of the day, the Sarkin Dawaki Maituta, District Head of Nassarawa, Alhaji Aminu Babba, represented by the village Head of Badawa, Alhaji Zakariyya’u Garba charged the traditional rulers to ensure the success of the campaign, and then called on the people of the area to support the campaign for optimum result.