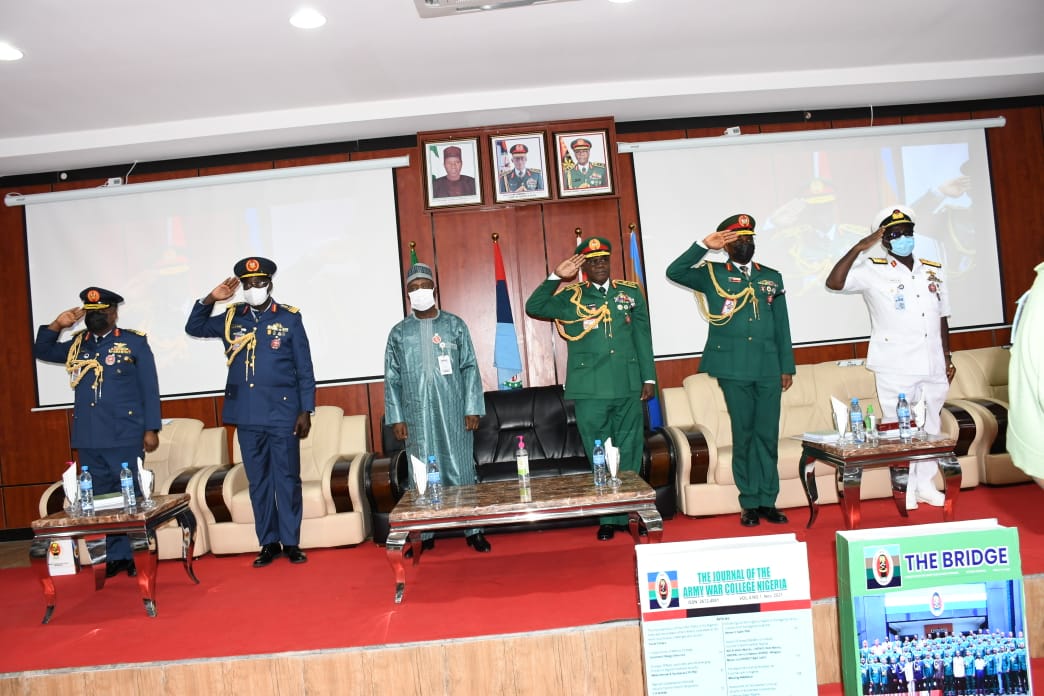 The Minister of Defence Maj Gen Bashir Salihi Magashi (rtd) has restated the gallant determination of the troops in the various theaters of operations as parts of the country to decisively end insecurity across the country.

General Magashi stated this at the graduation ceremony of the Course Five (5) Participants of the Army War College, AWC, Nigeria.

The Minister of Defence who was the Special guest of honour at the ceremony represented by the Permanent Secretary Ministry of Defence Musa Istifanus said the morals of the troops are high as they continued to exhibit uncommon valour in battles and unparalleled doggedness in decimating the criminal elements at various Operational locations in the country.

While assuring the troops of the commitment of the Commander-in-Chief of the Nigerian Armed Forces, President Muhammadu Buhari in providing needed critical fighting equipments, adding that he will continued to support Operational Level Training which is being conducted in the War Colleges.

Magashi, acknowledged the impressive performance and the relevance of the Army War College in speaking directly to the plethora of security challenges bedevieling the country.

He added that the objective of the College is commendably focused in promoting National Security imperatives, Military Strategy and Operational Arts to equip gentlemen Officers with the right knowledge and skills for optimum performance in the complex 21st Century Security environment.

The Commandant later conferred the Award of Fellow of the Army War College on graduands and charged them to remain good Ambassadors of the College which was established in 2017.

The representative of the special guest of honour, Musa Istifanus was supported by the Chief of Army Staff Lt Gen Farouk Yahaya and the representatives of other Service Chiefs present awards to the outstanding graduands.