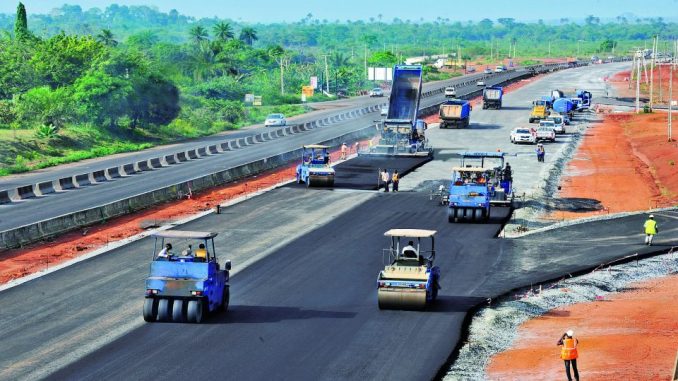 Nigeria is the most populous country in Africa covering an area of 923,769 square kilometers with a population of over 211 million. It is the second largest country in Africa comprising 36 states and the Federal Capital Territory (FCT). Unfortunately, travelling through Nigerian roads now is like an open invitation to being kidnapped, killed by bandits or terrorists or road crashes.

Highways are the main roads that connect economic and political centers as well as other towns and villages within the county. In addition, they connect Nigeria with its neighbouring countries. These highways help a lot for transportation of goods and services across the county and neighbouring countries. These roads are constructed and maintained by the federal government through the Federal Ministry of Works and the Federal Roads Maintenance Agency (FERMA). They are the executive and regulatory agencies charged with preparing the maintenance, rehabilitation, supervising, and construction budgets of the roads.

Although, highways breath fresh air into the nation’s economy but they are associated with many bottlenecks including accidents, abduction, attacks, kidnapping and killings and other nightmares.Every day, thousands of people lose their lives as a result of attacks by terrorists, bandits and road traffic crashes which caused by speed violation, bad roads and wrongful overtaking, particularly, along Damaturu-Maiduguri and Abuja-Kaduna highways.

Damaturu-Maiduguri highway is the only major link to the Borno state capital due to the frequent attacks by insurgents on the other roads. But the road is usually shut between 4pm and 7am due to the security concerns. The military reopens the road every morning after a patrol team from Damaturu combs the highway all the way to Maiduguri.

Although, there are several measures being taken by the military to ensure people’s lives are secure, the insurgents usually mount roadblock around Mainok town, roughly 55 kilometers away from Maiduguri. Nigerian military has been battling the insurgency in the North-east since 2009. Many people have lost their lives and several others have been abducted yet government’s response has been weak.

Also, the Abuja-Kaduna highway is the critical gateway between the northern and the southern Nigeria and the major link road to the North-west and North-east as well as to many neighbouring countries. Abuja-Kaduna road is the key outlet for the transportation of persons, goods, and services across Nigeria and this is evident in the extraordinary traffic on it round the clock. However, due to the killings, abductions, and kidnapping many travelers have resorted to use train service.

Recently, there was an attack on travelers at Gidan Bawa Village in Isa local government area of Sokoto state contrary to speculations that over 40 people lost their lives on a 42-seater bus travelling to Kaduna on December 8, 2021.

These highways have become death traps that force travelers to use train or fly by air. Many travelers have abandoned the road over safety concern except the people that live hand to mouth.

It is, therefore, necessary for the federal government to construct or maintain the bad roads. Government should also mount several roadblocks with adequate military presence that are well equipped with sophisticated arms, especially on Damaturu-Maiduguri and Abuja-Kaduna highways. Travelers should avoid unnecessary travelling, traveling by night and speed violation.
Muhammad Yarsir Garba 09037391115