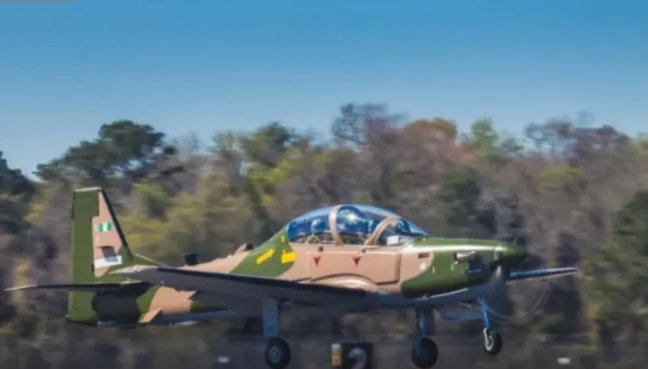 HOTPEN – After the loss of its commanders and fighters in recent aerial bombardments by the Nigerian Military’s Super Tucano aircraft, the ISWAP leadership has reshuffled its cabinet.

PRNigeria gathered that a two-day meeting which was held at the instance of the ISWAP Leader, Sani Shuwaram at the weekend, had in attendance members of the Shura Council and terrorist commanders from the Marte axis, including Garal, Kayowa, Tumbum Murhu, Kurnawa, Chikun Gudu, Tumbumma, Kwalaram, Kirta, Wulgo and Jubularam, among other notorious insurgent camps.

According to sources, the meeting dwelled on the loss of commanders and fighters from the airstrikes of the Super Tucano aircraft deployed by the Nigerian military that targeted terrorist infrastructure, armouries, camps, and high valued locations in Marte and Abadam in Borno and other locations in the Lake Chad axis.