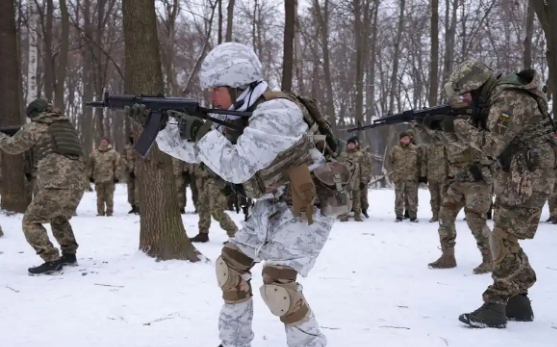 HOTPEN – Russia has assured the Federal Government that Nigerians are not targeted in the ongoing crisis between them and Ukraine.

The Ambassador of Russia, Alexei Shebarshin, said this in Abuja, on Friday, February 26, at a meeting with Geoffrey Onyeama, Nigeria’s minister of foreign affairs.

The minister had summoned Shebarshin and the envoy of Ukraine, Kirdoda Valerii, following the escalating vi#lence triggered by the invasion of Ukraine by Russia on Thursday.

Addressing journalists shortly after the meeting, Onyeama said that during his parley with the Russian envoy, he expressed the displeasure of the Nigerian government over the vio#lation of the territorial integrity of Ukraine, a United Nations (UN) member state, and country with which Nigeria has diplomatic relations.

According to Onyeama, the Russian envoy promised to communicate the concern of the Nigerian government to his home country, adding that Russia considers Nigeria a friendly nation and would do nothing to h#rm her citizens. The envoy assured the minister that their action is targeted at military installations and not against civilian areas.