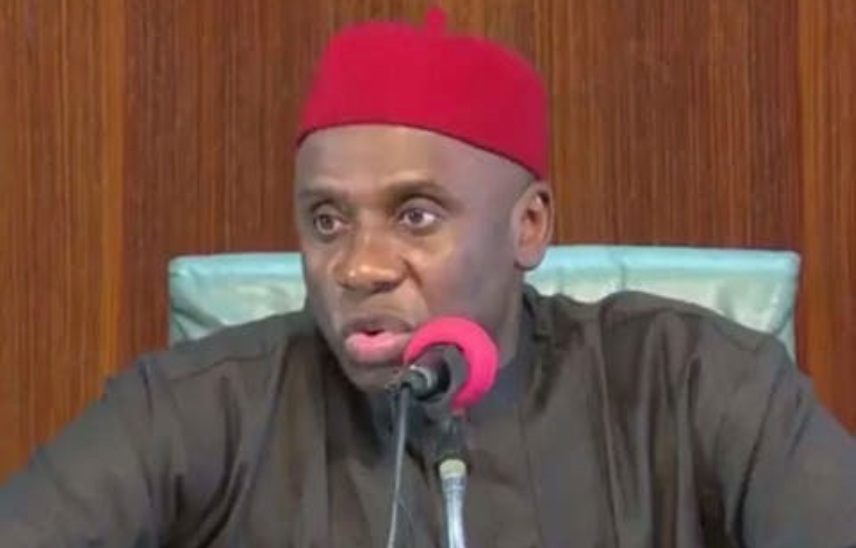 The trio of Godswill Akpabio (Niger Delta), Ogbonnaya Onu (Science and Technology) and Emeka Nwajiuba (Education) has also  resigned from the Federal Government to pursue their interest in the 2023 elections.

The ministers are among the All Progressives Congress (APC) aspirants eyeing the party’s presidential ticket at this month’s primary in Abuja.

President Muhammadu Buhari had during Wednesday’s FEC meeting in Abuja directed all political office holders with designs in the 2023 elections to leave their positions latest by May 16.

Amaechi’s resignation was confirmed by the United Kingdom chapter of APC on its Twitter handle on Wednesday evening.

“Nigeria’s Minister of #Transportation, HM Chibuike R. Amaechi [@ChibuikeAmaechi] has resigned from the Federal Executive Council (FEC) to focus on his Presidential Campaign.

“Thank you for your service to Nigeria.”

However, there has been no official confirmation of the former Rivers State governor’s resignation by his media team.

While Akpabio’s spokesman, Jackson Udom, said the minister will soon submit his nomination form, noting that the rumours that Akpabio has withdrawn from the primary election holding at the end of the month are untrue.

“Senator Akpabio has resigned his appointment as Minister, Niger Delta Affairs Ministry and will soon submit his nomination form at the International Conference Centre, Abuja, in line with his party’s guidelines,” Udom said.

“For those behind these lies and falsehood, we advise that they should learn to live with the reality, that Senator Akpabio is fully in the race, not only for the All Progressives Congress (APC) ticket but to emerge the next democratically elected President of the Federal Republic of Nigeria”, he said.