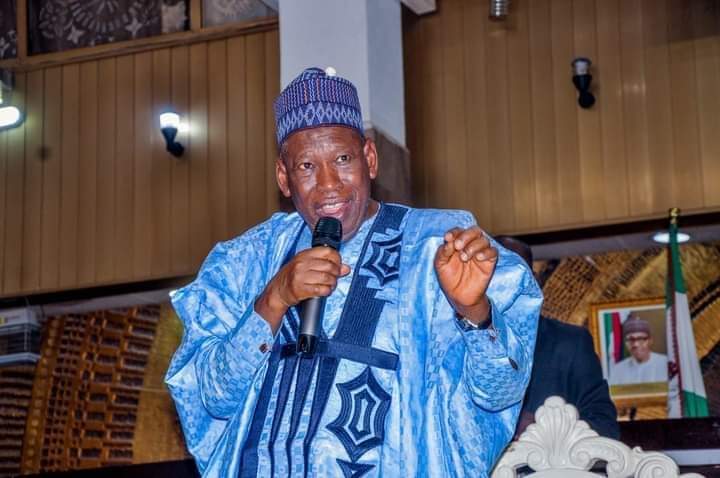 HOTPEN – In a move to stem the mass defection that rocks the ruling party in Kano State, Governor Abdullahi Ganduje has dropped his Senatorial ambition for Senator Barau Jibrin representing the Kano North Senatorial district to resolve the heightening crises in the All Progressive Congress (APC).

This is coming after Ganduje had obtained the form to express intention to aspire for the position in the oncoming party primaries.

Reports have it that there were series of meetings between Ganduje and Sen Jibrin with other top APC members in Abuja where the agreement was said to have been reached for the Governor to let go his ambition for peace to reign in the party.

Sen Jibrin is reported to have insisted that he would not dump APC even as his gubernatorial ambition has been blocked by Ganduje.

However, following the defections tsunami in the Kano APC in which many actors have left the party to other parties seeking platforms to contest for their intended positions, Ganduje agreed that some bigwigs in the party, including Barau Jibrin, should be all the wed to have their ways back to Senate to save the party.

This information is confirmed by the Party’s state Secretary Zakari Sarina who said there have been tangible agreements at high levels.