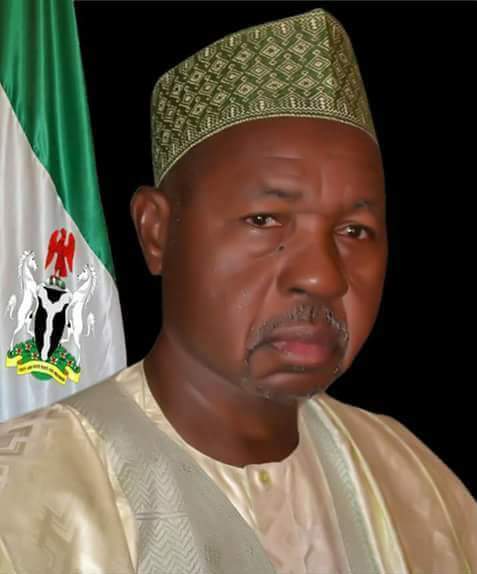 HOTPEN – Governor Aminu Bello Masari has denied going to the Umaru Musa Yar’adua Airport, Katsina on Monday to receive Abbas Umar Masanawa, who is a governorship aspirant under the All Progressive Congress, APC.

The Director-General, New Media to the Governor, Al-Amin Isa refuted the claim in a press statement issued to newsmen.

Isa, in the statement, described the report as the handiwork of mischief makers aimed at disrupting the peace enjoyed among party members in the state.

According to him, the Governor’s meeting with Masanawa, at the Katsina airport was coincidental, pointing out that the Katsina Governor was waiting to board a flight to Abuja when the former Managing Director of Nigerian Security and Minting Company arrived on a Max Air flight.

Masanawa was among those who purchased the N50 million All Progressives Congress governorship nomination and expression of interest forms ahead of the primaries for the 2023 elections.

The Governorship hopeful who arrived Katsina State on Monday is said to have resigned his appointment as Managing Director, Nigerian Security Printing and Minting Company (NSPMC) to pursue his political ambition.

“Our attention has been drawn to a story circulating online, written by one Comr. Nura Siniya, that His Excellency, Aminu Bello Masari went to receive one of the Gubernatorial aspirants, Abbas Umar Masanawa today when he arrived at Umaru Musa Yar’adua airport.

“This story is a lie, and the writer was clearly sponsored by mischief-makers to cause crisis among the APC aspirants.

“The public should disregard the story as a handiwork of a sponsored mischief-makers.”