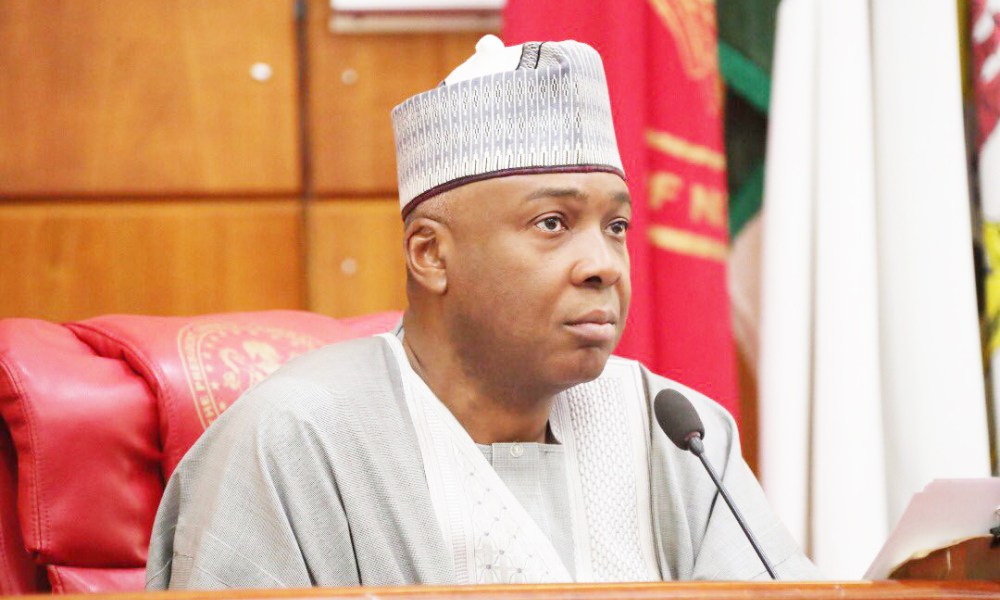 By Abubakar AbdulRahman and Aliyu Dangida

Our dear PDP Delegates you should decipher and think over right and best choice, Abubakar Bukola Sarki (ABS). If our Delegates due the needful by casting their votes for a vibrant politician who is equal to the task., then we assume they are ready to join hands with people in rescuing this country from destabilization. ABS is a person who take Nigerian nation as his constituency.

He is a two term governor of Kwara State; Senator Representing Kwara Central, and a Two time senate President is often seen as the best candidate to contest for the presidency come 2023, this is based on the fact that he is seen as a Political pillar of the Nigerian nation. And this is a man with a dint of hard work he achieves success in everywhere he is saddled with the responsibility of handling peoples’ affairs.

Since the return of Democracy in this country in 1999 to date, the man-made an indelible imprint with a golden mark. The man left no one in doubt in doing whatever it takes to uphold the values of political office holders in Nigeria. He simply creates a line of distinction between collectivity and individuality in contributing our quota to the development of democracy in Nigeria.

“…We must all collectively commit to playing our own individual roles in the defence of Nigeria’s democracy.”

In Nigeria’s political parlance, Bukola Saraki is often regarded as a pillar and a staunch defender of democracy. Thus, according to him, on a democracy day, he was quoted as saying: “Celebrating our democracy day is a reminder that a government for, of, and by the people is and must be Nigeria’s only recourse.” And what many people do not know about Saraki is that, apart from championing the course of democracy, he is indeed a staunched ally of Nigeria’s youth, owing to which he believes in their capacity to handle the nation.

On several occasions, he often pinpointed out that: “Our children; our most important national treasure.” And he goes on to say, “Being a father is about working to defend and protect the dreams and aspirations of all those that look up to you.” “And as we say all the things we have done; we must also be reflective and candid enough to acknowledge the things we didn’t do.”

Nobody needs to be told that ABS is in a better position to reflect upon the fact that, the nation was mishandled and he and his ilk are every ready to fix our major problems ranging from, economic setback, insecurity, and the downfall of the standard of education (from primary to tertiary institution). For those who are acquainted with Saraki’s Dynasty in Kwara state and the country in general, there is no iota of doubt Bukola is a stronger pillar that is ever ready to render his helping hand in rescuing Nigeria from the debacle of decadence. This is because, he hailed from a large family, whose members are enlightened and educated, hence they serve this nation in different capacities.

However, based on the understanding of ABS experience, Nigerians would give room for any other candidate to lead the nation come 2023, so long as all are sundry are in dire need of a nation’s turnaround for the betterment of humanities. And it is high time to draw the attention of the nation’s citizenry, especially the youth to make a better and wise choice for the best candidate. Since youth are the vanguard of the society, ABS is always with them, thus, there was a time he stipulated that: “When the young people of our country succeed, we all succeed.”

Bukola Saraki is a Nigerian politician and medical doctor. He was the President of the Nigerian Senate from 2015 to 2019. Also, he served as the Governor of Kwara State from 2003 to 2011. However, he lost in the presidential primary election of the People’s Democratic Party (PDP) to Atiku Abubakar in 2018.

Bukola Saraki is a prominent political figure in Nigeria. In 2018, Dele Momodu named him the Jack Bauer of Nigerian Politics. His father Olusola, was a one-time Senator in Nigeria who served between 1979–1983. Until Olusola’s death in 2012, he was influential in the political affairs of Kwara state.

Bukola Saraki started his education in Nigeria, he attended Corona School, Victoria Island before proceeding to King’s College, Lagos. Thereafter, he moved on to Cheltenham College, United Kingdom and graduated in 1981. Subsequently, he earned an M.B.B.S from London Hospital Medical College of the University of London in 1987.

Upon his return to Nigeria in 1989 after working at Rush Green Hospital, London as a medical officer for a year, he worked in the Societe Generale Bank of Nigeria Limited for almost a decade and rose to the position of Executive Director. As a director, he oversaw the bank’s corporate development and other expansion programmes.

Then, in 2000, he was appointed by President Olusegun Obasanjo as Special Assistant to the President on budget. As a special assistant, BukolaSaraki initiated the Fiscal Responsibility Bill.

Subsequently, he served on the Economic Policy Coordination Committee and formulated some key economic policies for Nigeria.

Bukola is a family man, as he is married to Toyin Saraki (Ojora) in 1991. And they are blessed with four children – Oluwaseni, Oluwatosin, Teniola and Teniayo (twins).

Saraki is a football fan and has an eponymously named football club – Abubakar BukolaSarakiFootball Club (ABSFC).

Also, he was conferred the Turaki of Fulani emirate of Ilorin while he was a governor. And in 2018, he has bestowed a chieftaincy title last held by his father – ‘Waziri’ of Ilorin by the Emir of Ilorin, Alhaji Ibrahim Sulu-Gambari.

As a 2 term Kwara State Governor

Abubakar Bukola Saraki was elected twice as a governor under the People’s Democratic Party (PDP) platform. He served between 2003 – 2011 as the Governor of Kwara State. Firstly, he was elected against the former Governor of the state, Late Muhammed Lawal of the All Nigeria Peoples Party. Secondly, he was re-elected for the second time in 2007.

As the Governor of Kwara state, Saraki made notable contributions virtually in all the sectors. For instance, he created a community health insurance scheme and an environmental ‘Clean and Green’ scheme. He also implemented agricultural transformation by turning the state into a net exporter of food instead of the usual net importer.

Under his leadership, Kwara state became the first state to complete the Nigeria Independent Power Project. Also, through collaborations with the Power Holding Company of Nigeria, he re-energized the Ganmo Power Station in Ilorin. He also connected thousands of rural communities to the national grid by installing transformers and substations.

Additionally, the health sector was also improved. For instance, he donated and distributed malaria prevention kits for pregnant women and children. He mobilized a statewide campaign to reduce maternal and child mortality from malaria. Most of these initiatives were sponsored by WHO, UNICEF, and other international agencies.

Then, he developed new sporting facilities and established the Kwara Football Academy. He also renovated the Ilorin Airport to an international standard and constructed Ilorin Cargo Terminal.

In 2011, Saraki after serving as a Governor in Kwara state for two tenures was elected as a Senator. He was elected to represent the Kwara Central Senatorial District under PDP. He succeeded his sister Gbemisola Saraki-Forowa. And on assumption into office, he was appointed Chairman of, Senate Committee on Environment and Ecology.

Also, he was re-elected in 2015 under the All Progressive Congress. This time, the senate elected him unopposed as the President of the Senate.

As a senator, he established GLOBE Nigeria, an affiliate body of the global Legislators organisation (GLOBE International). Also, he promoted the national Oil Spill Detection and Response Agency Amendment (NOSDRA) Bill. All of these were done in order to ensure that oil companies pay the appropriate compensation to oil spill-affected communities.

Moreover, he spearheaded the issue of the Lead Poisoning crisis in the mining areas of Zamfara State and the Great Green Wall to combat desertification and climate change.

Under Saraki’s leadership as the senate president, the seat passed 293 bills and cleared 138 public petitions which surpassed all the senates in Nigeria’s history.

Amongst others, the senate during his leadership supported and passed the Not Too Young To Run bill. It opened the NASS budget for public scrutiny, concluded the constitution amendment, and passed the Petroleum Industry Governance Bill (PIGB).

Furthermore, the assembly championed the amendment of the Universal Basic Education Act and increased budgetary allocation to the UBE to 3%. It also negotiated an end to the Joint Health Sector Unions (JOHESU) health workers’ strike.

Some of the bills passed by the senate include; National Transportation Commission Bill, Financial Intelligence Unit Bill, the Witness Protection Bill, The Whistleblower Protection Bill, and many more.

Some of his official appointments include;

As a politician, Saraki has been the recipient of several awards and honours within and outside his state of origin. For instance, in 2010, he became the first serving Nigerian Governor to be awarded the National Honor of Commander of the Order of the Niger (CON).

ABS the candidate to beat come 2023, has an edge over all other contestants based on his expertise in different fields of human endeavour ranging from medical science, industrialization, banking sector; by and large politics. Thus, in Nigeria’s political parlance, he is often described, ‘as a strong contender that is unrivaled by others,’ he doesn’t need an introduction.

Indeed, he is material for Nigeria’s presidency, as he made difference in his past assignment. Though he had a head-on collision with the executive on several occasions, all that transpired is for the good of the nation.

His strategy for dealing with the nation’s myriad problems is INVOLVING THE ELECTORATES. Worldwide this is the standard technique for ameliorating the suffering conditions of the people, whereby voters will be given an equal opportunity to highlight their major problem that needs urgent attention of the government in a democratic setting.

Our candidate has the effrontery to join hands with all and sundry; in and around the Nigerian nation solely to get the bull by the horn in order to deal with major challenges that bedevil this country.

We figure out our debacles:

ABS is working tirelessly to solve all these problems, owing to which we will all be smiling and saying: THERE WAS A PROBLEM. But no, we are singing:

Working hand-in-hand to deal with banditry

Come all and sundry

It is time to serve our nation

Is unity of purpose

ABS is a strong force 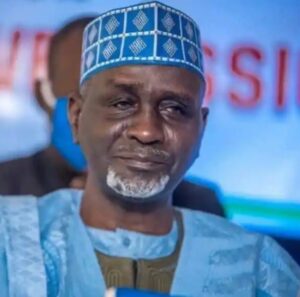 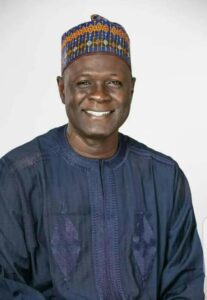 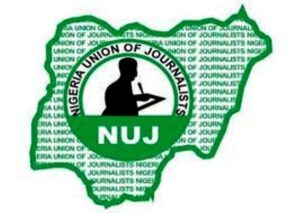