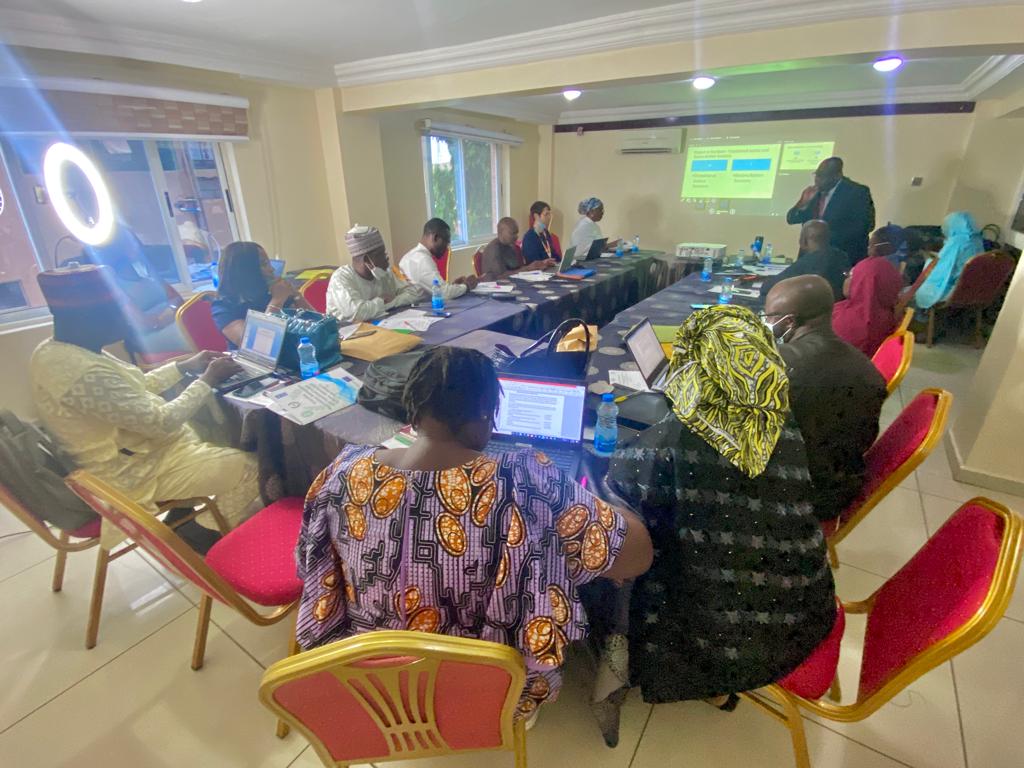 Experts Meet To Develop Framework For Transitional Justice In North-East

HOTPEN – A group of Senior Legal Academics, Solicitor Generals/Permanent Secretaries, and Personalities from related fields have converged in Abuja to develop a suitable framework for a successful  Transitional Justice Programme in North-East, Nigeria.

The Strategic Experts Meeting for the development of Transitional Justice Framework is one of the activities  under a project titled “Promoting Transitional Justice and Reconciliation in Adamawa, Borno and Yobe State”. The project is being implemented by the National Human Rights Commission (NHRC) in Partnership with United Nation Development Programme  (UNDP) and supported by the European Union, (EU).

The Executive Secretary of the Commission, Chief Tony Ojukwu, SAN while delivering a welcome address at the meeting said  the Commission is pleased to host the highest level of experts as far as justice machinery in the three project states of Adamawa Borno and Yobe is concerned.

This is for the purpose of developing  a suitable framework for the Transitional Justice, a project that we have introduced to some communities in the three states.

The Human Rights Boss was represented at the event by his Senior Special Adviser, Mr. Hilary Ogbonna who also doubles as the Project Coordinator.

He stated that “it is highly imperative to design a framework that will best suit the communities ravaged by insurgency”, he emphasized that “the framework should conform with the values, beliefs, culture, and tradition of the people, this will make it easy for the community to adopt” he added.

He also stressed that “the framework must be predicated on the principles of natural justice, fair hearing, victim justice, survivor justice, equality, etc”.

In his remark, the representative of the UNDP Mr. Elia Von Rota applauded the effort of the Commission in bringing such caliber of intellectuals together to develop the framework, saying he will be pleased to be an observer at the meeting.

In his good will message, the Permanent Secretary and Solicitor General of Adamawa State, Samuel Yaumande Esq, said the initiative is the first of its kind in the North East. He pointed out the need to have in place an effective justice system that would reconcile and reintegrate members of  communities who have experienced gross human rights violations as a result of the insurgency.

He advised that “in designing the framework, it is necessary to take into consideration the need of the victims to enable them to pick up their pieces of lives and move forward”.

Similarly, his Yobe State Counterpart Hajiya Kadija Alkali said the programme could not have come at a better time than now, due to the recent massive surrender of many insurgents.

She said “there is need for everyone to embrace the transitional justice and reconciliation approach, because it gives hope for peace to reign among the members of the community”.

Hajiya Khadija called on the experts to make concerted efforts towards having a perfect framework that will serve as a guideline to achieve lasting peace in the region.

The representative of the Permanent Secretary and Solicitor General of Borno State who is also the Director of Civil Litigation B M Bukar Esq said “the justice system we adopt from the English people is alien to our culture, as such it is not suitable for us”.

He described it as “unnecessarily long and boring to our people, it is not easy to enforce foreign culture on our people”. According to him, “this method of Transitional Justice and Reconciliation is the best thing that can happen to us in this region as far as making peace and reconciliation is concerned and we must all ensure that it works”.

At the event were Academics from different Universities as well as Civil Society Organizations and State Coordinators of the Commission respectively.