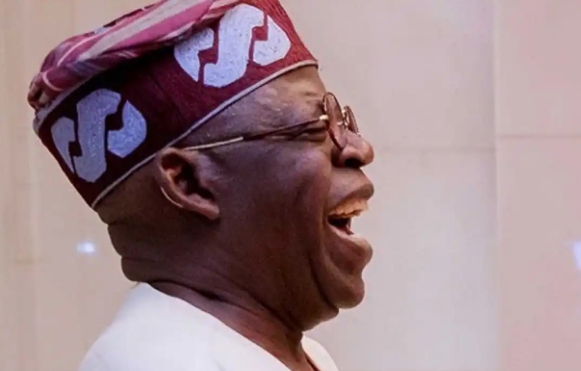 HOTPEN – The national leader of the All Progressive Congress, Asiwaju Bola Ahmad Tinubu has been declared the winner of the presidential primary of the party.

At the presidential primary concluded in Abuja Wednesday, Mr Tinubu, who polled 1,271 votes, defeated 13 others in the race. His closest opponent was the former minister of transportation, Rotimi Amaechi, who scored 316 votes.

Mr Tinubu, while declaring his intention to run for the presidency of Nigeria in January, said it has always been his lifetime ambition.

He disclosed this at the State House shortly after visiting President Muhammadu Buhari. He was also the first of the aspirants to officially make public his intention to run.

Mr Tinubu, whom seven of the aspirants stepped down for at the convention ground, was almost muscled out of the race by stiff opposition to his aspiration by other power blocs in the party.

An intra-party war between some politicians and businessmen close to President Muhammadu Buhari, the so-called ‘Aso Rock cabal,’ and some northern governors over the control of Nigeria’s political lever had almost cost the party’s national leader his aspiration.

The faces behind the ‘cabal’ mask, represented by Mr Buhari’s nephew, Mamman Daura, according to multiple sources, are men who exert a great influence on the president.

Mr Tinubu’s ambition also received opposition from some of his erstwhile associates including Vice President Yemi Osinbajo, who polled 235 votes.