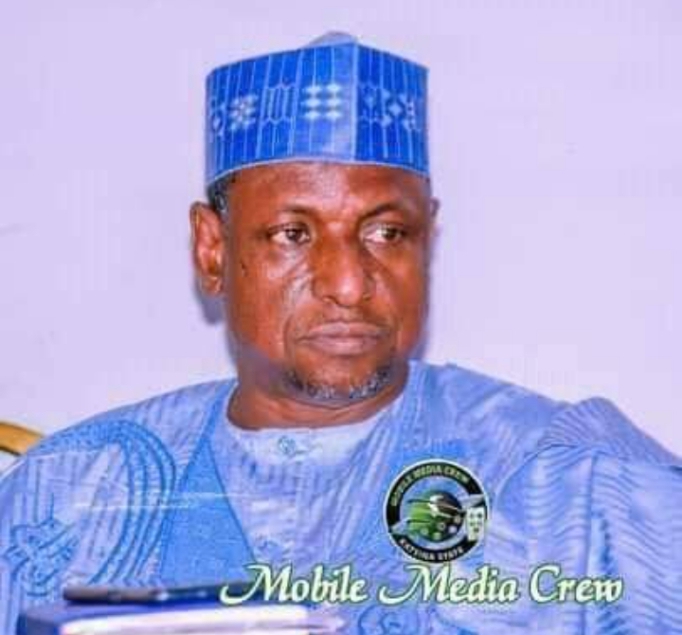 HOTPEN – A recent report from the Center for Countering Digital Hate (CCDH) has found that social media companies are endangering Muslim communities by normalising abusive behavior online. According to Reuters the report said many of the abusive contents were easily identifiable, and yet there was still inaction.

In a joint statement in 2019, according to the report, Meta, Twitter, and Google attempted to defend themselves arguing that they were committed to upholding their “commitment to ensure they are doing all they can to fight the hatred and extremism that lead to terrorist violence.”

However, the CCDH report countered the media companies’ spurious defence saying, “Once again, their press releases prove to be nothing more than empty promises,” pointing out that many of the abusive contents were easily identifiable, and yet there was still inaction.

The report added that, they are using hate as a good business: “Worse still, the platforms profit from this hate, gleefully monetising content, interactions, and the resulting attention and eyeballs.” The report explained.
To buttress their claim the CCDH researchers identified 530 posts which contain disturbing, bigoted, and dehumanising contents that target Muslims through racist caricatures, conspiracies, and false claims.

According to the report, Instagram, TikTok and Twitter allow users to use hashtags such as #deathtoislam, #islamiscancer and #raghead, the report further said content spread using the hashtags received at least 1.3 million impressions. Such contents further endangers these communities by driving “social divisions, normalising abusive behaviour, and encouraging offline attacks and abuse,” it added.

Perhaps that could have been responsible for the increasing rise of islamaphobia in many parts of the world. Of recent, authorities in India were “selectively and viciously cracking down on Muslims who dare to speak up…against discrimination faced by them,” Amnesty’s Aakar Patel said in a statement on Tuesday, 21/06/2022.

Regrettably, the term “Islamist” in the west and among some non-Muslims in other climes has become shorthand for “Muslims we don’t like.” It is currently used in an almost exclusively pejorative context and is often coupled with the term “extremist,” giving it an even more negative slant.

The frequent linkage of the term “Islamist” to violence and denial of religious and human rights is also strongly promoted by Islamophobic groups and individuals who seek to launch rhetorical attacks on Islam and Muslims, without the public censure that would normally accompany such bigoted attacks on any other faith.

In the west, it is common to find leaders using the term ‘Islamist’ without giving a hoot to its consequences on the about 2 billion adherents of the creed. There was a time, during a rare public speech, Britain’s domestic intelligence chief warned that the country was facing ‘’an alarming pace of terrorist threat worse than at any time in his 34-year career.’’
The alarm raised by the MI5 Director General, Andrew Parker while speaking to journalists in London was more emphatic on what he described as ‘’an intense U.K. terrorist threat from Islamist extremists.”

This is even as politicians long before now have claimed to have known the truth. Speaking on ‘securing a better future,’ former British Prime Minister, Theresa May, in September, 2014 for instance delivered a powerful speech exonerating Islam from atrocities committed by people claiming to be Muslims. ‘’This hateful ideology’’ she stated, ‘’has nothing to do with Islam and it is rejected by the overwhelming majority of Muslims in Britain and around the world.’’ She added that ‘’let this message go out that we know Islam is the religion of peace and has nothing to do with the ideology of our enemies.’’

To absolve Islam further, May said, ‘’The Qur’an says, ‘Oh mankind! We created you from a single pair of the male and female, and made into nations and tribes that you may know each other’. ‘‘It says; ‘there is no compulsion in religion.’ She concluded.

Despite such enlightened position, the Western media under whatever influence of hate has coined the word ‘Islamism’ to portray Islamic faith negatively as well as associate its faithful, with violent acts, human rights violations, and political extremism.

However, this term, ‘Islamist,’ used by many media outlets has come under scrutiny even in the Western world. In the US for instance, Ibrahim Hooper, who serves as the National Communications Director for the Council on American-Islamic Relations (CAIR), published an op-ed calling for members of the press to stop using the word. Sadly, as Graham Fuller, the author of the book ‘ A World Without Islam’ noted, ‘’we have all become so accustomed, in the last decade or so, to a world of violence, terrorism, and suicide bombing that we have come to feel that this is the routine method of Muslim warfare’’. ‘’But, quite to the contrary,’’ said Fuller, who was the Vice Chairman, Intelligence Committee of the CIA, ‘’they represent new factors and the strategy sense”.

It is now hard to recall that about three decades ago such event were highly unusual. Fuller observed that, ‘’suicide bombing was almost unheard of in the Muslim world in the 1950s to the 1970s even at the higher of the revolutionary fervor of Arab nationalism and the disastrous defeat of the Arabs in the 1967 war with Israel. Palestinians committed terrorist act against Israel, but they were not suicide mission.

It was the Shi’a of Lebanon who first began to successfully employ suicide bombings in Lebanon, with devastating effect against American targets—the US embassy and the US marine barrack in the early 1980. But it was the Hindu Tamil Tigers in Sri Lanka who were the first to operationalise regular use of the suicide vest in the 1980s, with one of the highest rates of suicide operations in that era. Since that time, the frequency of suicide bombing in the Middle East has grown dramatically, peaking since the US occupation of Iraq and Afghanistan.’’

Fuller’s position was further supported by a new report from The Center for Investigative Reporting (CIR) – a nonprofit news organization based in Emeryville, California, USA, which said most of the designated terrorist groups in the US are right-wing extremists, not Muslim. A joint project by the center, which has conducted investigative journalism since 1977 took a look at 201 designated terrorism incidents within the US from 2008 to 2016.

The results indicate that, “right-wing extremists were behind nearly twice as many incidents” as terror acts associated with those identified as “Islamist domestic terrorism.’’ The report identified 63 incidents involving those “motivated by a theocratic political ideology espoused by such groups as the Islamic State”. This includes the San Bernardino shootings and Boston Marathon bombings, among others.

Right-wing extremists, often white supremacists, according to the report, were responsible for 115 incidents within the same period. Events like Robert Dear’s killing of three people at a Colorado Planned Parenthood women’s health clinic in December 2015 for offering abortion services fall into this category.

Regarding violent extremism on the left of the political spectrum, between 2008 and 2016 there were 19 incidents and seven deaths. The shooting of Republican Congressman playing baseball in Alexandria, Virginia also falls under this category.

The evidence from this report therefore appears to belie former USA president, Donald Trump’s rhetoric, and his “fixation” on Islam.
The report further corroborated an FBI report which shows that only a small percentage of terrorist attacks carried out on U.S. soil between 1980 and 2005 were perpetrated by Muslims.

According to the report Non-Muslims Carried Out More than 90% of All Terrorist Attacks in America. FBI’s data compiled by Princeton University’s Loon Watch revealed that, ‘’there were more Jewish acts of terrorism within the United States than Islamic (7% against 6%). ‘’These were not terrorists who happened to be Jews; rather, they were extremist Jews who committed acts of terrorism based on their religious passions, just like Al-Qaeda and company.’’ Loon Watch also notes that less than 1% of terror attacks in Europe were carried out by Muslims.

Since 9/11, according to Charles Kurzman, Professor of Sociology at University of North Carolina at Chapel Hill, writing for the Triangle Center on Terrorism and National Security and his team counts; 33 Americans have died as a result of terrorism launched by their Muslim neighbours. During that period, 180,000 Americans were murdered for reasons unrelated to terrorism.

Even on the acts committed by the so-called Muslims, Law enforcement, including “informants and undercover agents,” according to Triangle team report, were involved in “almost all of the Muslim-American terrorism plots uncovered in 2012.” The team finds that’s in keeping with the FBI’s recent practice of using undercover or double agents to encourage would-be terrorists to act on their violent desires and arresting them when they do — a practice critics say comes perilously close to entrapment.

However why despite these huge evidence that the west and the media in particular continue to malign Muslims and their creed? The answer according to many pundits could not be far-fetched from the age-long agenda of checkmating the rising profile of the religion in the world. Thus, giving a dog bad name, to hang it.

Apprehensive of prospective dominance of Islam as predicted by several researches, the west is deploying its entire media arsenal to combat the fortune of its destiny. According to a new analysis of data from the Pew Research Center; Muslims are on track to become the world’s fastest-growing major religious group in the years ahead.

Based on the analysis released by Pew, according to The World Post publication of 04/07/2017, posited that Christians make up the largest religious group in the world, at 2.3 billion people. Muslims make up the next biggest group, at just fewer than 2 billion. But the global Muslim population, the report added is relatively young, with a high fertility rate and a low death rate.

Pew estimates that; in the five-year period between 2030 and 2035, the Muslim birth rate will overtake the birth rate among Christians, with 225 million babies born to Muslim families in those years, compared to 224 million among Christians.

In recent years, Christians have accounted for roughly 37 percent of the world’s deaths ― largely due to the advanced age of Christian populations in some parts of the world.
“This is especially true in Europe, where the number of deaths is already estimated to exceed the number of births among Christians,” Pew notes. “In Germany alone, for example, there were an estimated 1.4 million more Christian deaths than births between 2010 and 2015, a pattern that is expected to continue across much of Europe in the decades ahead.”

By the final decades of the 21st century, Pew predicts, ‘’there will be more Muslims than Christians in the world.’’ And this is the reality the West and its allies are trying hard to fight. But would the West win this battle?
So far, the West’s approach to this stark reality is the deployment of propaganda with a view to arresting the spread of this religion. Little wonder therefore, the media is jam-packed with skewed reportage or jaundiced opinion about Islam. Hence, the coinage of names such as ‘Islamist’, ‘militants’, ‘extremist’, etc. to derogate it in the eyes of unsuspecting publics. But would this change the destiny of this religion which professes peace, concord, dialogue and social order? 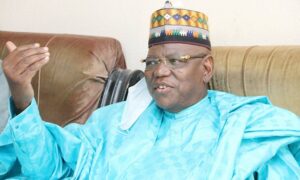 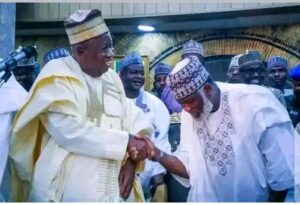 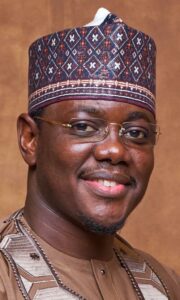