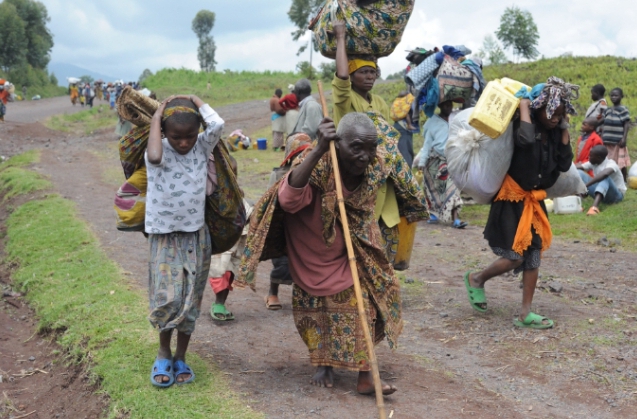 Stakeholders Lament Throes of Women and Girls at IDP Camps

HOTPEN – Stakeholders at a conference organised by PRNigeria have expressed concern over the plight of women and girls at Internally Displaced Persons (IDP) Camps across the country regarding access to menstrual pads and other necessities.

The press conference was called to enable a staff writer with PRNigeria, Mukhtar Ya’u Madobi, present to the public his observations and recommendations from a recent investigative expedition to banditry -ravaged areas of Chonoko in Kebbi state and Kagara in Niger state.

Female journalists who attended the conference at the PRNigeria Centre in Abuja on Thursday narrated their experience with female IDPs who complained bitterly about the excruciating torture they go through in the camps when their menstrual cycle shows up and they lack what it takes to get some comfort.

The participants therefore urged officials of the National Emergency Management Agency (NEMA) who also attended the conference to take special note of the peculiarities of women and make necessary provisions for their welfare.

Responding, NEMA spokesman, Manzo Ezekiel, informed the gathering that the agency is doing a lot in that regard as it ensures that menstrual pads and other items that are peculiar to women and girls are provided as part of relief materials that go to IDP Camps.

He further told the participants that NEMA has a Gender Unit that takes care of issues of that nature, adding that more will be done going forward.

The investigative series being carried out by PRNigeria is in partnership with the Wole Soyinka Centre for Investigative Journalism and the MacArthur Foundation.