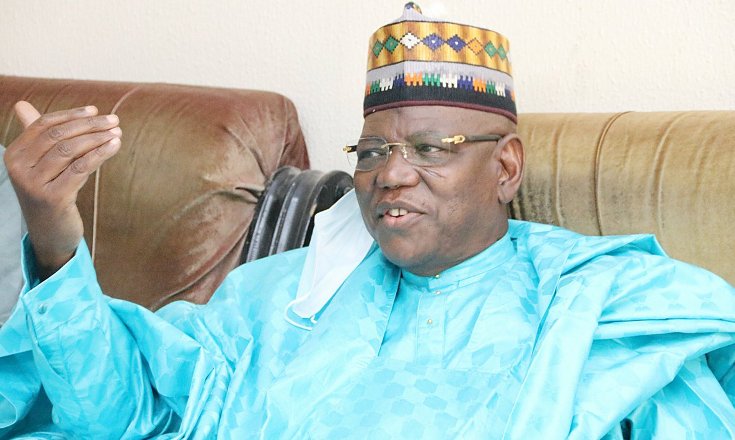 HOTPEN – Sule Lamido is among the nine people (G9) who formed the Peoples Democratic Party (PDP) in 1998 along with Senator Iyorchia Ayu, Prof. Jerry Gana, the late Dr. Alex Ekwueme, the late Mallam Adamu Ciroma, the late Chief Solomon Lar, the late Chief Bola Ige, the late Sen. Ella, and the late Alhaji Abubakar Rimi. They confronted former Head of State, the late Gen. Sani Abacha on the need to quit the office and allow democracy to prosper.

Lamido and Rimi were picked and locked up in DSS cells, Rimi in Ilorin and Lamido in Maiduguri. They were only released after the sudden demise of Abacha.

Lamido, Jerry Gana and Sen, Iyorchia Ayu are the long PDP founding fathers still alive and on the landscape in politics. Lamido’s four decades of experience in the rough terrain of Nigerian politics is being brought to bear in this election circle. He is so often in the news for a combination of reasons including his imposing physical presence, his simple style of doing things, his solid records of commitment, loyalty, achievements, consistency and sacrifice, etc to PDP since its creation in 1998 to date.

Sule Lamido is one of the most experienced politicians in Nigeria, and is arguably the most successful governor in Nigeria since 1999 to date. Before then, he was a former unionist (Ppparliamel youth, leader), parliamentnt (REP) and a former diplomat (Minister). He has made a lot of sacrifices for this country.

His contributions have re-united and re-awakened Nigeria and if politics and PDP are concern, Lamido is one person you cannot bury or shave away.

Sule Lamido always says his mind, which in all cases aligns with the interests of the common man. He never succumbs to sentiments. He is not the fair-weather type as so many politicians are; rather he stands rooted in principle and to progressive politics. In all of this, he brings rich personal experience to bear in all he does.

Lamido has been consistent in PDP. He displays his sagacity in full force. He, as well deployed his unmatched energy and political skills in campaigning for PDP candidates from the top to the bottom from 1999 to date.

He have a history of radically confronting the military junta of Abacha for the sake of restoring democracy to Nigeria and he was sent to jail severally, during the PRP days and the military era.

Lamido was imprisoned for his emancipation of the masses. Some of these things will give him edge and advantage over other compatriots on the corridor of Nigerian politics and the PDP.

Even before the return of Alhaji Atiku, Saraki, and governor Tambuwal etc to PDP then, Lamido been a party man and democrat has been calling Alhaji Atiku, his former colleagues (governors) and other PDP party faithfuls who left the party for one reason or the other to return home, (PDP).

If Lamido doesn’t mean well for the PDP and the country at large, he should have not openly and consistently be calling on them to return. Anybody who knows the NEPU/PRP orients and Santsi school of politics must salute Lamido for being consistence in his ideology, principles and doctrines of fearless, courageous, bold, radicalism and telling the truth and saying his own mind no matter what or how.

The gossips, the political analysts and the entire populace are overwhelmingly convinced that, the political gladiators in the region and across board cannot produce a match to Sule Lamido let alone surpassing his credentials and achievements. This is a must believe, because the man Lamido is the most experience politician in the region if not in the country without mincing words, this is by virtue of the roles he played in various political parties in his life as a career politician from Nidus to his present stage, followed by his working experience in the government circle. And don’t forget that his political association with political heavy weights across the globe is his political asset that cannot be matched at least with any person in the region, now and possibly in the next decades to come

The long awaited PDP presidential primary has come and gone with the emergence of Alhaji Atiku Abubakar as its flag bearer for 2023 presidential election. Sule Lamido been a party man, nationalist, loyal and consistence in PDP and a true democrat has supported and accepted the outcome of the political development because it is in him for over 4 decades ago.

Also Lamido has appealed to the aspirants even before the presidential election that, this contest or aspiration shouldn’t be do or die affair and if the presidential primary was conducted in a very democratic way, that is free, fair and credible, as it was, let everyone br ready to accept the outcome and support anyone who emerges as the candidate of his great party, the PDP to victory in 2023 God willing. That was why Lamido keep on applealing and praising governor Wike as a good party man and leader to accept the destiny to come and work as a team to rescue Nigeria to support Atiku and make PDP win in order to make Nigeria rise and work again positively. Since leadership is an attribute of God, leadership is the will of God; leadership is the choice of God.

Sule Lmido is more concern with a peaceful, progressive and a united Nigeria than his personal interest. As he supported Chief Obasanjo in 1999 and 2003, the late Yar’adua in 2007 and Jonathan in 2011 and 2015, and he supported Atiku in 2019 he will as well continue to support anybody who wears the crown and work for PDP in many years to come if he is alive including governor Wike In-Sha-Allah because he believes in God and destiny. May God Almighty make it easy for us 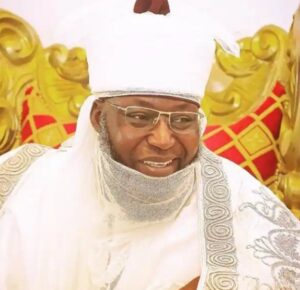