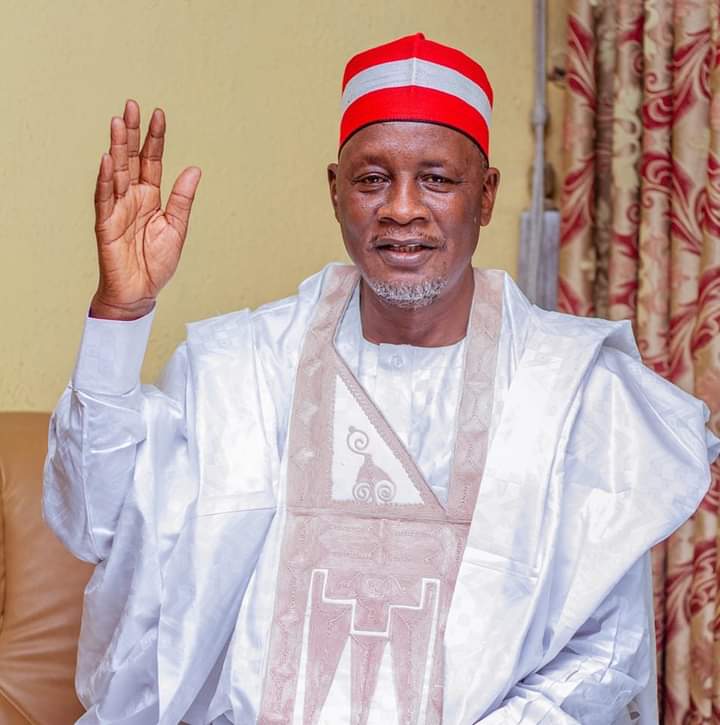 Malam Ringim who spoke in Dutse when the leadership of #NextJigawa, a non governmental organisation paid him a courtesy visit, said both parties left the Nation unsecured, and disunited by their 24 year rule .

The frontline governorship candidate said “Given the bitter experiences Nigerians were made to go through under the 16 years of PDP Rule and the 8 years of APC extractive rule respectively, both have left Nigeria worse off, disunited, unsecured and underdeveloped.”

The soft spoken politician stressed that “Nigeria as a nation has never been on edge this far, since the Civil War! Thus the PDP and APC are one and the same given the hegemonistic backgrounds of their ideologies and that of their leaders.”

Ringim explained that both parties are “The extension of the old extractive order which failed to provide Nigeria with the right leadership it deserves, hence its stunted growth. “

The former Head Teacher turned politician said New Nigeria People’s party is determined to offer a real hope to the disillusioned Nigerians if voted to power by 2023.

Speaking further, the ex Chief of staff to 3 former Governors of Jigawa state said “NNPP is not driven by the ‘Must To Rule Mentality’, Hence NNPP is aspiring to lead this Nation and the 36 States not through clientalism, or political godfatherism, but through active citizen democratic participation and inclusiveness.

He stressed the action plan would manage “our diversities with a view to restoring our collective security, equity, justice, sense of public morality and humanity for positive development!”.

Commenting on the policy document submitted to him by #NextJigawa Group titled “Jigawa State Citizens Charter of Demands 2023”, Malam Ringim said “It represents the true bottom up involvement of the people of Jigawa State in policy articulation, implementation and management of their affairs and indeed a basis or trajectory upon which any Administration in the State could be evaluated or held accountable”.

Ringim posited “You have passionately initiated a well researched and articulated Template that has covered eleven Sectoral Areas, along with factual situational analysis of each Sector, with implementable recommendations for interventions.”

The former Chief of staff lamented that “Had these critical Sectoral Areas received the attention of various governments in the State within the last 30 years, the slogan “New World” could have made much resonating meaning, and the State would not have been marked as one of the poorest in the Federation with the current poverty incidence rate of 87.02%”.

He said “The resolve of the #NextJigawa to meet, rub minds and reach consensus with the political class and the stakeholders of the major political parties as collaborative and constructive partners on how best Jigawa State development could be accelerated, is highly commendable.”

Malam Aminu Ringim said “Gentlemen, be rest assured of being engaged as soon as we assume leadership of the State. The interactive meeting we had this afternoon has been very fruitful, frank and exhaustive”