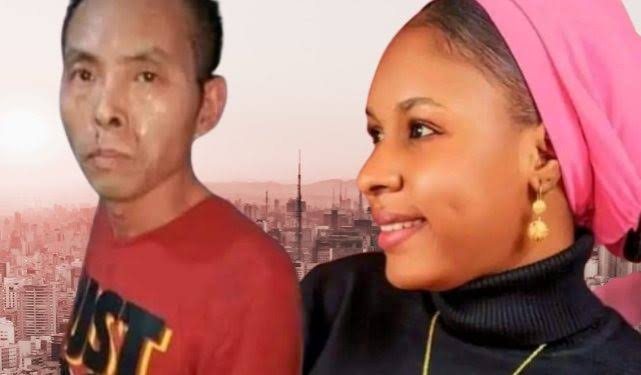 HOTPEN– The residents of Janbulo in Kano Metropolis were thrown into agony upon waking up in the early hours of Saturday 17 September 2022 with a devastating news of Ummukulsum Sani who was stabbed to death by her ex-lover in the late hours of Friday 16 September 2022.

Ummukulsum also know by her homestead name as Ummita, was sent to her early grave by a 47 year old Mr Geng Quadong, a Chinese National and is believed to be her ex-lover.

Hotpen gathered that, before the gory event, the relationship between Ummita and Mr Geng is not a hidden affair to members closer the former lovers.

Ummita decided to settle down in marriage by tying the nuptial knot to a suitor in Nigeria. Thereby, dumping her Chinese lover to bear the tag of an ex-lover.

Unfortunately, Ummita’s marriage crashed with a divorce as evidence. However, the patient Mr Geng came back seeking for his previous space in the heart of Ummita.

Ummita on her part, denied Mr Geng the space he is lobbying for and by extension, she barricaded all His access to her.

Hotpen also gathered that, the Furious and bloodthirsty lover was lucky enough to break all the barriers mounted by her and he successfully committed the ungodly act.

Luckily enough, Mr Geng was apprehended and handed over to Kano State Police by neighbours who came to her rescue before she finally gave up the ghost.

To cap it all, it is a piece of cake for us all to cut out clothes according to our sizes in order to avoid being uncomfortable in them.