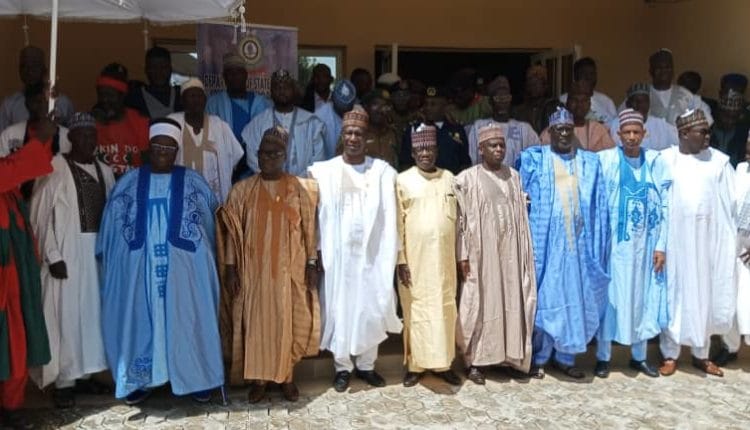 HOTPEN – The Department of State Services (DSS) has on Thursday in Damaturu, Yobe state capital commenced its 9th Conference of State Directors of Security (SDSeS), North East Zone 2022. As part of its efforts to review strategies for the improvement of peaceful coexistence and safety of lives and properties.

The 3rd quarter of the conference was declared open by the Governor of Yobe state, Mai Mala Buni who was represented by his Deputy Idi Barde Gubana with an expression of appreciation to President Muhammadu Buhari and all security agencies for their relentless efforts towards restoring peace in the state.

Idi Barde added that “At the heights of Boko Haram insurgency in Yobe state, It would be recalled that, Damaturu was the most deserted LGA with a lot of refugees. But, By God’s Grace and efforts of President Muhammadu Buhari, peace has been restored to our land”.

While Speaking at the conference, the Director of Department of State Services (DSS), Yobe Command Damaturu, Yunusa Abdulkadir, hinted that, the conference is aimed at discussing security related issues and highlighting roles of relevant stakeholders like traditional rulers, religious leaders, sister security agencies, media among others as a gesture of ensuring sustainable peace and safety in the state.

On his own part, the Chairman of the Conference and also the State Director of Security, Bauchi state, Hassan Abdullahi outlined kidnapping, banditry, cattle rustling, insurgency and political thuggery as some of the similar security challenges experienced in the zone and as a matter of fact needs to be urgently addressed.

“we assure you from the Council of Traditional Rulers that, we will support you with the maximum cooperation you will need in order to succeed in your mission of peace restoration and stability”.