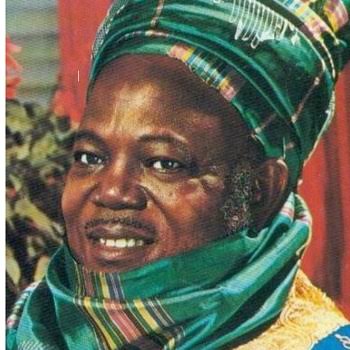 HOTPEN- A play, ‘Sardauna’, which depicts the life and times of Sir Ahmadu Bello, the late Premier of the Northern Region, is to be staged in Abuja on Oct. 2.

The play, written and directed by Prof. Ahmed Yerima, is produced by Duke of Shomolu Productions, a Lagos-based theatrical shows producing outfit.

Mr Joseph Edgar, Chairman, Duke of Shomolu Productions, in a statement on Friday in Lagos, said that the play was a celebration of the legacies of the revered leader.

“It is a highly anticipated stage play; we shall unveil the play to an expectant audience at the Transcorp Hilton Hotel in Abuja,” Edgar said in the statement.

According to him, the play takes a prescriptive look at the life and times of the well respected leader in a bid to throw up some of his teachings and philosophy while leaning on his sad assassination as a major sacrifice for national unity.

“The play is aimed at ensuring a better understanding of Sir Ahmadu Bello’s national outlook throwing in an illuminous light into his life and outlook for his people.

“It is the latest in a series of stage plays that have been designed to educate, entertain and bring together Nigerians by retelling stories of iconic historical figures as a way of engendering national cohesion,” he said.

He said that the producers had received the full endorsement and support of Sir Ahmadu Bello’s family with influential members attending rehearsals and helping with more information.

“Such close link with the family has further strengthened the integrity of the play.

“We have sent the script to his biological family who have added their own inputs.

“His great grand-daughter has been part of the rehearsals and we have met with his last surviving daughter just like we did with the play “Awo”.

“The Sir Ahmadu Bello Foundation has also sent in its support and endorsemnt for what is beginning to look like the single most inportant cultural activity around the life of the late sage.

“The play will form part of the National Day celebrations as its performance is expected to attract top Nigerians from government and the private sector,” he said.

According to him, a second showing of the play slated for October 3, 2022 will be opened to the public.

“It is produced in partnership with the National Troupe of Nigeria,” he added.

Edgar, whose outfit has produced plays on Chief Obafemi Awolowo, Chief Olusegun Obasanjo, Ogiame Erejuwa II, among others, said that the focus was on historical and factual plays to create a window through which younger Nigerians could link up with the past.

He hinted that plays on Dr Nnamdi Azikiwe, Nigeria’s first President, Ladi Kwali, foremost pottery producer, and El Kanemi were being planned for 2023.

Hotpen gathers that the outfit recently produced and staged ‘Sanusi’, a play depicting the life of Emir Sanusi 11, the 14th Emir of Kano, who was deposed in March, 2020.

The play, rated as hugely successfull by analysts, was staged simultaneously in Lagos and Abuja on Aug. 4 and 5, with Khalifa Muhammadu Sanusi II in attendance. (NAN)