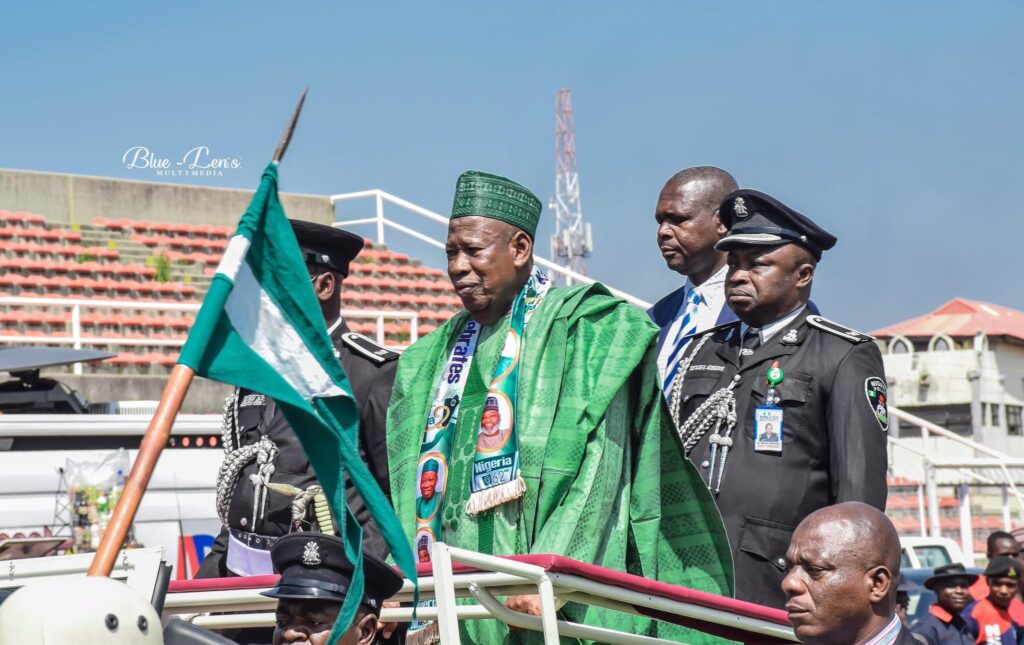 HOTPEN – Kano State Governor Dr. Abdullahi Umar Ganduje has urged the people of Nigeria to live in peace with each other for the development of the country as a whole.

The governor stated this while addressing the people of the state during the celebration of Nigeria’s 62nd year of independence which took place at the Sani Abacha Stadium in Kano.

He said there is a need for Nigerians to live with each other in peace as brothers regardless of religion or race. Dr. Abdullahi Umar Ganduje has stated that his government has achieved many successes in terms of providing infrastructure, providing jobs for the youth and improving the health, education and agriculture sectors.

He added that the construction of the modern cancer center will soon be completed, assuring that President Muhammadu Buhari will inaugurate the new hospital.

The governor advised the people of the state to avoid the politics of thugs and violence, He asked them to embrace the democratic system of tolerance and peace for the development of this country.

“As this is my last speech to you as the Governor of Kano, I am calling on the people of Kano State to vote for good leaders like Dr. Nasiru Yusuf Gawuna I believe if you vote for him, he will move Kano forward since everything you and I have done together.”

Ganduje also praised all those who served as governors in Kano because of the contribution they all made to the development of Kano state.