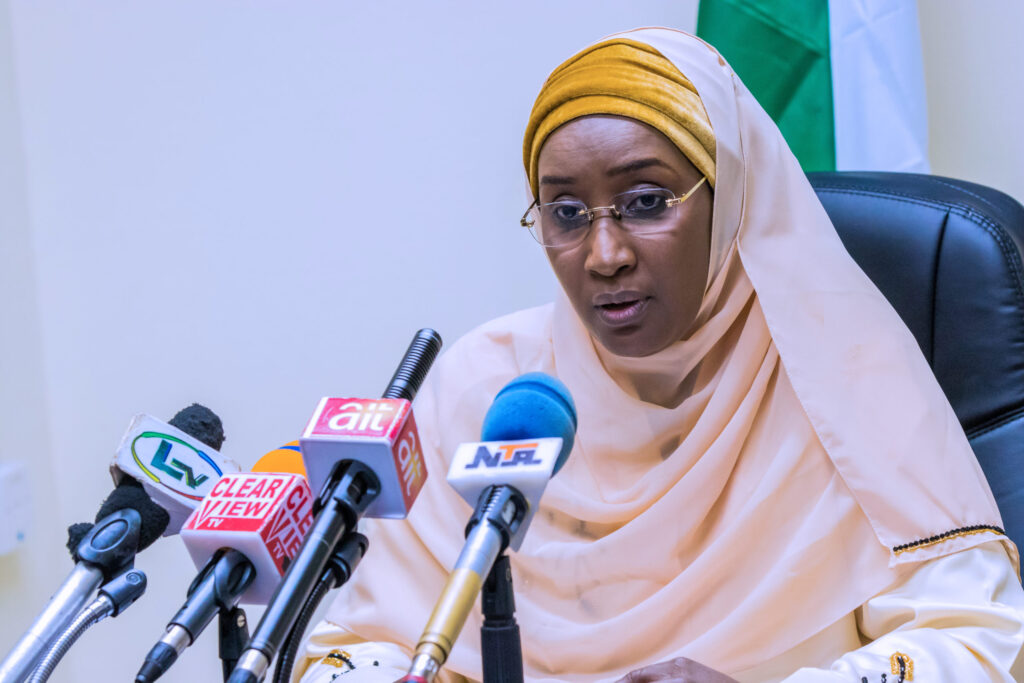 HOTPEN – Federal Government through the Ministry of Humanitarian Affairs and Disaster Management has targeted to empower over 1.4 million Nigerians as beneficiaries of the Government Enterprises Empowerment Programme (GEEP) across the country.

Speaking during the official launching of the program in Dutse, Minister of Humanitarian Affairs and Disaster Management, Hajia Sadiya Umar Faruk said, the second phase is aimed at consolidating the success recorded in the first phase of the program.

Sadiya Farouk who was represented by the Permanent Secretary of the ministry, Dr Nasiru Sani Gwarzo   Said, over 70 percent of Nigerians were living below poverty level when President Buhari took over the mantle of leadership in 2015.

The minister noted that, out of concern and determination to change the negative trend, the President established Social Intervention Program (SIP) under which series of empowerment and intervention programmes were initiated and implemented to tackle the challenges.

According to her “As I’m talking today there are many success stories to tell the world, It is clearly the impact of the first phase has elevated millions of  Nigerians out of abject poverty while many became  employers of labour.”

“The program has translated to jobs/wealth creation and poverty reduction which are the ultimate goals of the program and in deed we have achieved the desired goals”.

Sadiya Farouk explained that, the targeted beneficiaries in the second phase will receive N50,000 each to enhance their small scale businesses.

According to her Jigawa state is among top four states with higher number of prospective beneficiaries of Government Enterprises Empowerment Programmes (GEEP) as over 6,000 beneficiaries have already been accredited in the state. She charged the beneficiaries to be determined and self-disciplined in utilizing the loan for achieving the desired goals.