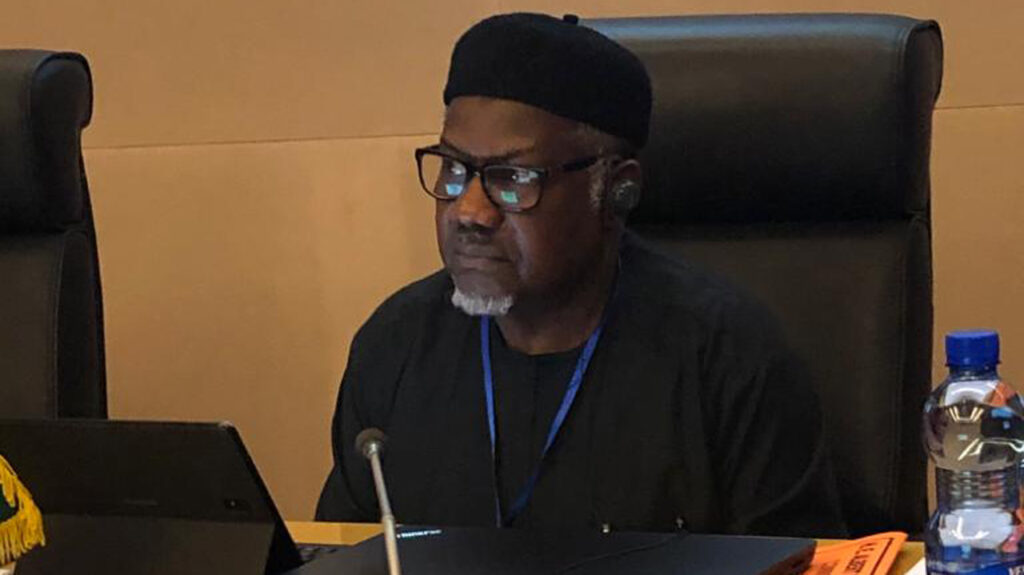 HOTPEN – The Manufacturers Association of Nigeria (MAN) has condemned the invasion of Dangote Cement Plant on Wednesday by the state’s security outfit, the Vigilantes, on the order of the State Governor Yahaya Bello, noting that such action will discourage new investments in the State.

The president, MAN, Engr. Mansur Ahmed, at a press conference to herald its 50th Annual General Meeting (AGM) scheduled to hold on 17-19, October, 2022, said the action by Kogi State is of great concern, and added that it is unimaginable that a State government would take such drastic action to shut down a plant that provides job opportunities and economic activities on a huge scale for the people of Kogi State.

“The action appears to be taken by government and it is alleged to be an effort for some alleged claim on some alleged payment of taxes that have not been made or recovered from the company,” Ahmed said.

He added that the move is totally illegitimate, pointing out that if the State government has any issue against any member of its association or corporate citizen, the appropriate thing to do is to take the member to court.

“You cannot use strong-arm tactics to shut them down or impose very severe restrictions on their operations simply to force them. This is illegal and I believe that what has happened will not happen in a normal operating environment,” the MAN boss said.

He said the association has taken up the matter with the Federal Ministry of Industry, Trade and Investment in its bid to help address the anomaly in Kogi State.

“We have no reason not to pay taxes to the Kogi State government as and when due and I am aware that Dangote Industries is one of the highest tax-payers in Nigeria. But, if indeed for whatever reason that there is a tax for the Kogi State government on Dangote, it has measures and ways of recovery and there is no justification to threaten the closure of that industry.

“We are totally opposed to that kind of measure because there are ways to resolve this amicably in a legal manner and we hope that the relevant authorities in both the federal and state levels would intervene to ensure that this kind of action is not repeated,” he said