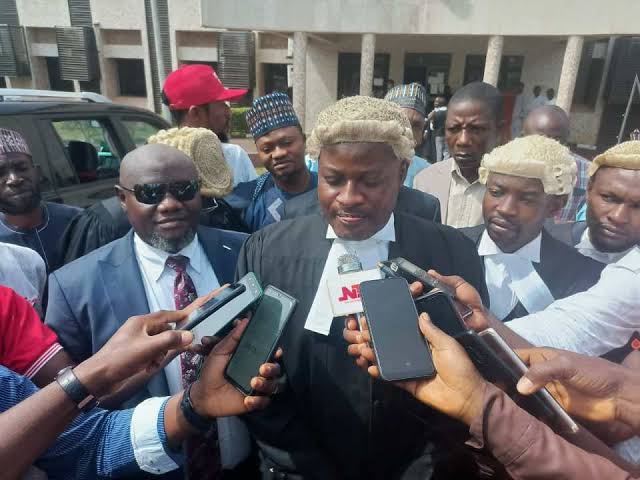 HOTPEN – The Federal High Court seating in Lafia, has nullified the All Progressives Congress (APC) primary election for Nasarawa West Senatorial zone which Arc. Shehu Tukur emerged as candidate of the party.

Hotpen reports that, Barr. Labaran Magaji, who contested the senatoral primaries with Arc.Tukur, had dragged APC and the acclaimed winner to court, alleging some discrepancies in the conduct of the election in favour of Shehu Tukur.

Delivering judgement, the presiding Judge, Justice Nehezina Afolabi , who announced the nullification of the election, ordered APC to conduct a fresh election within two weeks.

The Judge, also directed the party to use the authentic delegates list certified by the Independent National Electoral Commission (INEC) in the conduct of the fresh election.

Reacting to the judgement, counsel to the plaintiff, Barr. Ghali Ahmed, expressed satisfaction with the judgement saying the considered all the issues raised by both the plaintiff and the defendant and came up with a decision which is very fair to both parties.

Said he:- “The court said they have jurisdiction to entertain the merit of case before moving to substantive truth.

“Also the court considered that having been disenfranchised, the election is null and void because the original delegates were not allowed to vote.”

He, therefore, explained that his client will consider the judgement and see the next line of action.

On his part, counsel to the first defendant (Shehu Tukur) Dr Mubarak Adekilekun, said the court has carried out its responsibility of interpreting the law, but noted that both parties have the right to appeal the judgement.

“We have the court of appeal, upper courts of law, therefore either of the parties are free to appeal the judgement. We will consult with our client on the way forward,” he said.

Reacting to the judgement, the plaintiff , Barr Magaji described the judgement as victory for democracy, for the people of the constituency and state at large.

According to him:-“I am one of the happiest persons today because the judgement went on the side of the common people. I am elated that justice is gradually coming the way of the common man.

Barrister Labaran Magaji therefore, called on his supporters to remain calm and work for the success of the party in 2023. 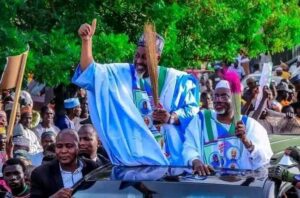