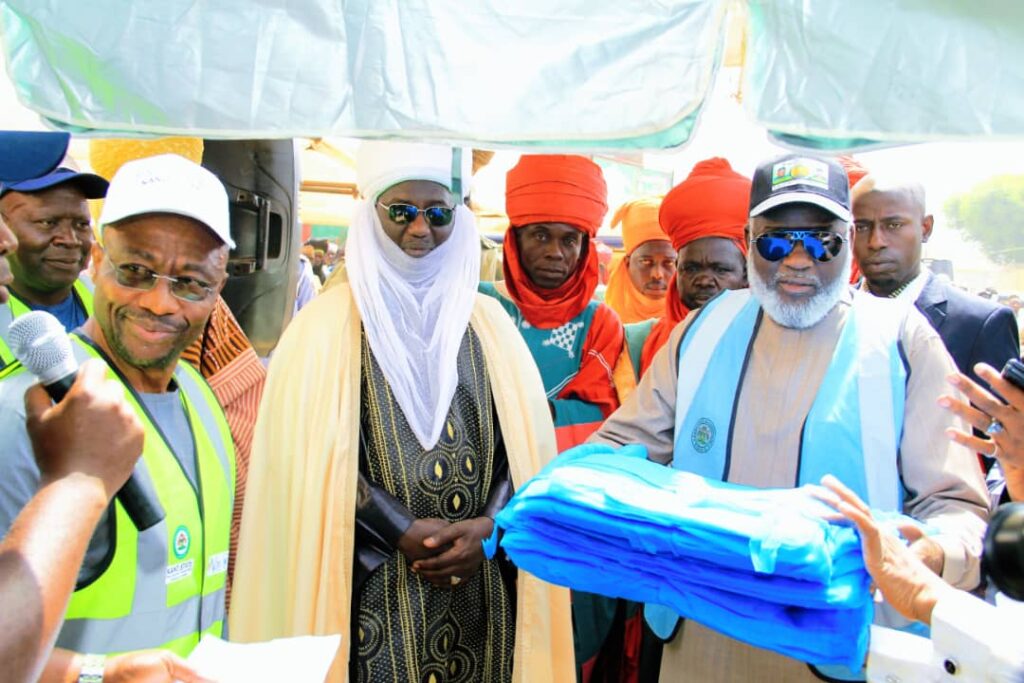 Flags off integrated yellow fever vaccination campaign in the State…

HOTPEN – Kano State Government in partnership with Global Fund Malaria Consortium has flagged off the distribution of 8.8 million Insecticide Treated Nets (ITN) to vulnerable households in the State.

The State Governor Dr.Abdullahi Umar Ganduje disclosed that the campaign intends to carry out a door to door distribution of Insecticide treated nets to all households free of charge across the 44 local governments areas from 10th to 22nd November 2022.

The Governor represented by his deputy and APC Gubernatorial Candidate Dr.Nasiru Yusuf Gawuna stated this on wednesday at Gaya town while flagging-off the Insecticide Treated Nets distribution and Integrated Yellow Fever Vaccination Campaign in Kano State.

In a statement signed and made available to Hotpen by the Chief Press Secretary to the Deputy Governor of Kano State, Hassan Musa Fagge, said the campaign will utilise over twenty thousand adhoc personnel and the nets were delivered to over three thousand six hundred designated distribution hubs across the four hundred and eighty four wards in the State.

He explained that the net distribution is a compliment to the ongoing effort by the Kano State Government to improve the health and well-being of the people of the State, adding that the State Government has approved the monthly procurement and distribution of free malaria commodities for diagnosis and prevention of malaria amongst pregnant women and children.

On the Integrated Yellow Fever Campaign, the Governor noted that it is targeting more than fourteen million people between nine to forty four years of age with the aim of achieving significant coverage in order to develop herd immunity against the disease with enhancement of routine immunisation services including Covid-19 vaccination and Birth registration.

“I therefore call on the people within this age bracket to utilise this golden opportunity by availing themselves to the immunisation posts to get vaccinated as this will contribute to building the needed herd immunity against yellow fever.”

While appreciating the continued support of development partners and the traditional institutions towards eradication of malaria and yellow fever, the Governor also urge the households cooperate with the personnel deployed for the exercise to ensure its success.

The Minister of Health Dr. Osagie Ehanire represented by a Director in the ministry Mr. Festus Okoh revealed that Kano is one of the Seven States benefitting from Insecticide Treated Nets mass campaign this year.

He further mentioned that over the years the efforts by the government and partners has enabled some successes in malaria response in the country.

In attendance during the event were the Emir of Gaya Alh. Aliyu Ibrahim, Kano Head of Service Alh. Usman Bala Muhammad, Commissioner of Health Dr.Aminu Ibrahim Tsanyawa, Representatives of Development Partners and other Stakeholders.