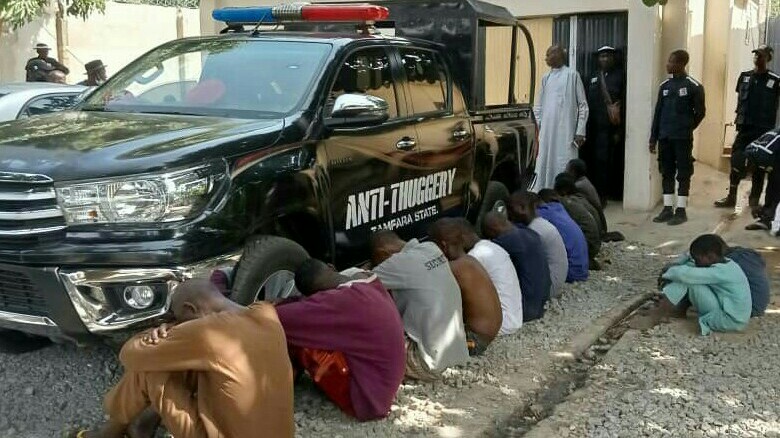 The Zamfara state anti thuggery committee has arrested 15 suspected criminals in connection with various offences of armed robbery, phone snatching and other social vices in Gusau the state capital.

The state commandant of the committee Bello Mohammed Bakyasuwa stated this while parading the suspects in his office Monday.

According to him, the suspects were presented before the state Ulama consultative council for counseling and guidance for them to become good ambassadors in their areas.

Bakyasuwa stated that his committee will not relent it’s efforts by ensuring that any forms of thuggery, drugs abuse and other related criminality have been reduced to barest minimum.

“The state anti thuggery committee under my watch has been established by the state government under the executive order number two which gave the state executive governor mandate to tackle any forms of insecurity or other related issues that could cause unrest in the state”. He said.

Addressing the suspects for counseling on behalf of the state Ulama Consultative Council, the Special adviser to governor Bello Mohammed Matawalle on Islamic organization and Qur’anic school well fair board, advised them to fear God Almighty in all their undertaking.

According to him, Islam does not support any forms of thuggery, social vices or indiscipline among Muslims in the society, urging them to always fear God and note that the day will come where everyone will account for what he did before God either good or bad.