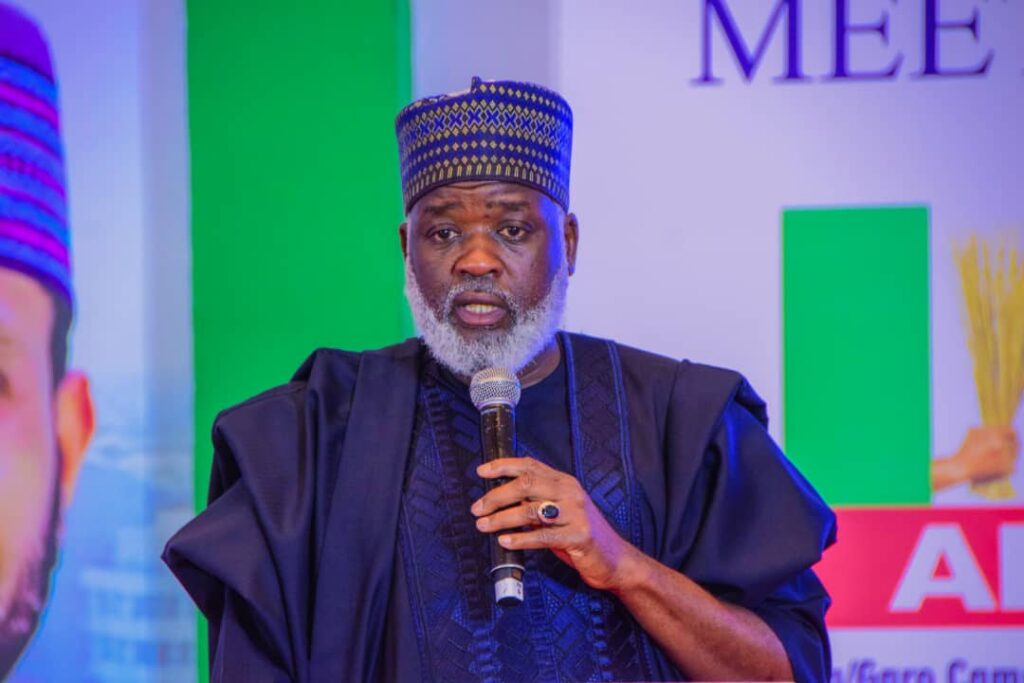 Kano State Deputy Governor and All Progressives Congress (APC) Gubernatorial Candidate Dr.Nasiru Yusuf Gawuna has disclosed that his administration will boost Industrialisation through stimulation of growth and development of all sectors of the economy by involving investors to take advantage of the enabling environment it will put in place.

He stated this during an interactive session and presentation of his manifesto to the Kano Stakeholders based in Lagos and Investors organised by the Directorate of Stakeholders Management of his Governorship Campaign Council held at the Eko Hotel,Lagos.

According to him…”through the plan we will identify all the economic potentials where Kano has advantage with the aim of outlining how it could be harnessed”.

Gawuna further explained he will sustain the measures taken by the government in collaboration with other agencies to fight the drug abuse menace in the State.

The Deputy Governor noted to collaborate with the Federal Government to facilitate the development of the abundant mineral resources in the State.

He assured the Investors and the Kano Stakeholders based in Lagos that the Gawuna-Garo Gubernatorial ticket is committed to consolidate and continue the modernisation and expansion of infrastructure and other laudable projects.

“We are in Lagos because of similarities with Kano in adapting continuity in governance he said”.

“Our candidat (Gawuna) as the Deputy Governor is conversant with the laudable achievements recorded in the State “.

“He has alot of experience governance,we are therefore confident he will take the State to greater heights”.

On his part, a former National Chairman of the APC, Adams Oshiomhole while canvassing support for Gawuna says that the meeting signifies that true leaders genuinely care about their people and are committed to serve.

Chairman of the occasion,Nasiru Zaitun assured of their cooperation and support towards the victory of Gawuna-Garo ticket at the forthcoming election in Kano State.