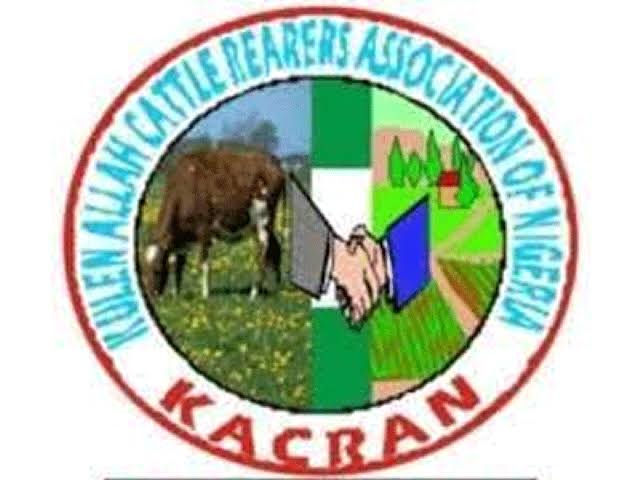 The Kulen Allah Cattles Rearers Association of Nigeria (KACRAN) is calling on the Federal Government to sack the Central Bank governor,  and to extend the period for the withdrawal of the old currency to Dec, 2023.

In a statement signed by the president of the association Honarabul Khalid Muhammad Bello made available to our correspondent in Damaturu said that, this calling is necessitated based on the following reasons:

The Governor of Central Bank, has painfully plunged Nigerians and our financial system into unnecessary tribulations and confusion, due to the re-designing of some of the old currencies and the introduction of the new naira notes.

The inability or failure of CBN to adequately provide sufficient naira notes for circulation is a cause of concern for KACRAN, because this has unleashed untold and unnecessary  hardship on numerous Nigerians particularly the rural dwellers and our pastorlists.

With only a few days left for the total abandonment of the old currencies, many of our members who abandoned their livestock to seek to change their old currency, are already suffering unimaginable inconviniences and financial losses.

Also because.of the shortfall of the new currency in circulation, all over the country including Abuja, the Federal Capital citizen’s purchasing power is drastically reduced, and so payments for medical, legal and other emergency financial transactions are hampered, resulting in untold hardship on the people.

It is embarrassing that the governor of CBN, single handedly hatched and implemented this controversial and unpopular programme to the ridicule of the Minister of Finance

“it is also unfortunate that the CBN governor, went ahead hurriedly to implement this program without making adequate provision of the new currency notes to be given sufficiently to our banks and other financial institutions, including POS centers for issuance to their customers in exchange to their old notes.”

He has completely forgotten that, Nigeria is operating a democratic system of Government where people’s view or opinions must be heard and utilized before executing government policies.

He deliberately refused to heed all the calls and passionate appeals made by Nigerians for the extension of the period for acceptance of the old currency.

The most painful of all is the unacceptable stand of refusing to consider several appeals for the extension of time by many Nigerians.

He has insisted on his time frame which seems to be sacrosanct.

His stand on the stoppage of the collecting the old notes by 31 January, 2023, has seriously terrified  Nigerians and sent a bad signal to our poor herders and traders who are living in the bushes or in the remote areas of the country.

KACRAN also wishes to observe. with great concern that apart from exposing our people to unnecessary hunger and fear of impoverishment due to the said unplanned naira redesignation and effective withdrawal of old currency is forcing, many Nigerians to abandon their businesses and move to cities to change their old currencies in banks  before the date line.

It is also absurd that the Central bank governor, failed to apply the principles of currency change management before introducing this new policy across the country. Because there was no sensitization of the public, no awareness was created and the people were not educated on the need for the change etc.

The none appearance of the Central Bank Governor before our esteemed Hon members of the National Assembly in different occasions for clarification on the said issue, which raised dust and high tension in the country and set bad presidence to other top government’s functionaries to disrespect our lawmakers is another reason why the Governor of the Central Bank might be relieved of his duty

The fact that, as we stated earlier the said central bank governor plunged the entire country’s financial system to uncertainties which is very dangerous to the nation’s development and food security is enough reason for him to be sacked.

Once more, most Nigerians are not comfortable with his financial policies, as a result they no longer repose trust on him is another reason why he ought to be sacked from his position

In view of the above reasons, “we members of Kulen Allah Cattle Rearers Association of Nigeria (KACRAN), as peace loving Nigerians, who will be the most affected or victims of the non extension of old currency withdrawal, amongst all Nigerians due to the nature of our pastoral occupation that can only be operated in the bushes or rural areas where banks or POS are not available  are passionately calling on Mr President to kindly use his good office to remove the central bank governor, extend the old currency withdrawal to end of December 2023 and replace him with competent person who will competently and ably run our Central Bank and execute the program under reference successfully.”