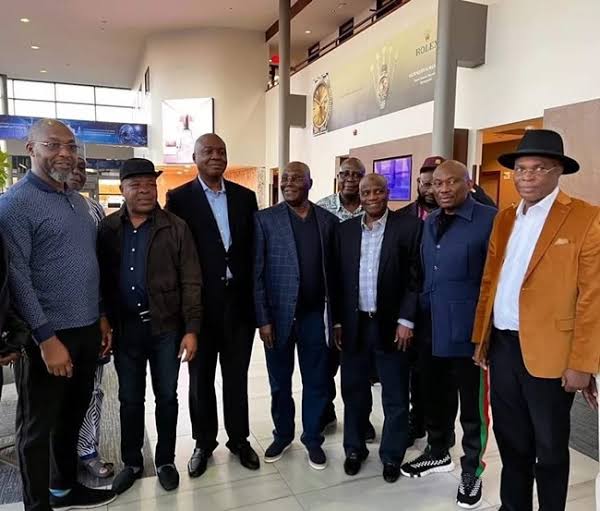 HOTPEN – The Presidential candidate of the Peoples Democratic Party (PDP) in the forthcoming general elections Atiku Abubakar, has just arrived in the United States of America, to honour an invitation from the US Chamber of Commerce, where discussions in deepening bilateral relations between Nigeria and the United States of America will be discussed.

Being the largest Chamber of Commerce in the world with strong presence in 50 states in the US, the chamber plans to discuss and hear Atiku’s perspectives on how best the US corporations can best support Nigeria’s economic development and improve bilateral relations between the United States and Nigeria.

While in the US, the former Vice President will use the opportunity of his visit to interact with the US-Nigerian top business leaders, members of the Nigerian business community and young Nigerian professionals living in the United States, on how to rebuild the Nigerian economy by improving foreign direct investment into the country.

This visit will be his second trip to the United States since 2018, when he similarly visited there to quell the notion that he had been banned from entering the US, over fraud allegations.

The PDP Presidential candidate had three weeks ago officially started his political campaign in Uyo, Akwa Ibom state, which was followed by another campaign in Kaduna with his most recent outing in Benin, the Edo state capital.

Atiku Abubakar is expected back in the country on Monday next week, to continue his campaign from Tuesday, November 1, which will be in Ekiti and Ondo States.