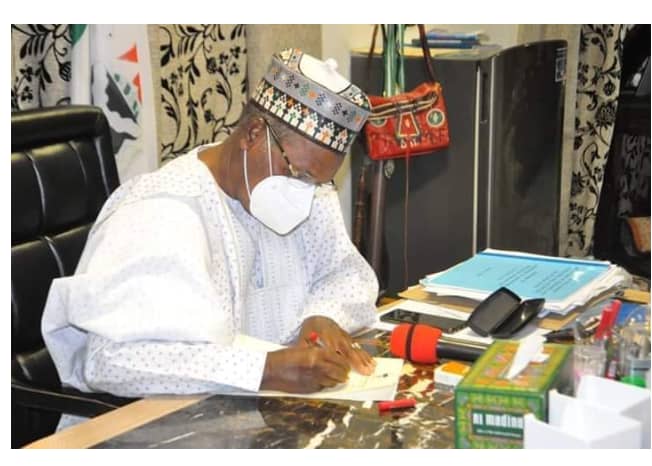 This, according to the Governor is in the exercise of powers conferred upon him by the Subsection (2) of section 176 of the Constitution of the Federal Republic of Nigeria as amended.

A copy of the order was obtained by Hotpen as follows:-

In the order, the Governor ordered for the immediate total closure of Jibia-Gurbin Baure road to all motorists until further notice and travelers plying that road were advised to go through Funtua.

Other bulleting contained in the order include the banning of lories/Trucks carrying firewood from the bush, Suspension of the sale of all animals at the markets of the following Local Government Areas:

Jibia, Batsari, Safana, Danmusa, Kankara, Malumfashi, Charanchi, Mal’adua, Kafur, Faskari, Sabuwa, Baure, Dutsinma and Kaita as well as the ban on transportation of cattle trucks from Katsina State to any State in Nigeria.

The Governor also banned carrying 3 persons on motorcycles and more than 3 passengers on a tricycle, and the selling of second-hand motorcycles at Charanchi market.

According to him, only 2 designated filling stations will be allowed to sell fuel of not more than N5,000.00 to motorists in Jibia, Batsari, Safana, Danmusa, Kankara, Faskari, Sabuwa, Dandume, Musawa, Matazu, Dutsinma, Kurfi, Danja and Kafur Local Government Areas.

The order, however excepted essential workers (health personnel, security personnel and Journalists) whom could use tricycles and motorcycles beyond the banned periods.