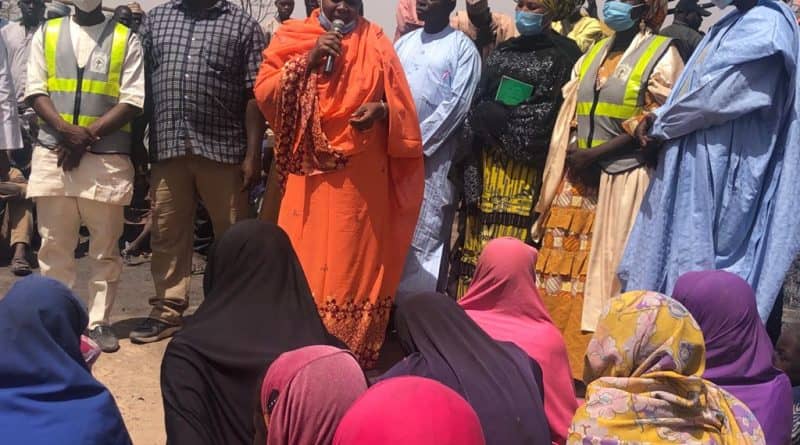 HOTPEN – About five persons were  burnt to death after a fire outbreak in an  Internally Displaced Persons (IDP)  Camp and a resettled community within two local government areas of Borno State.

On Friday afternoon, fire outbreak occurred at Muna IDP camp, burning down over 3000 temporarily shelters where over 10 000 IDPs were affected and three persons including a child lost their lives.

Survivors were seen counting their losses on  Saturday morning when the SEMA  boss visited scene of the incident.Sympathizers were also seen gathering and condoling  persons who lost their loved ones in the inferno.

The SEMA DG said that she was at the camp to assess the level of damage and make a quick recommendation to the state government for immediate assistance to affected persons.

“SEMA is continuing with its assessment  and we will liaise with the state government to bring aide to the affected IDPs. So far, some of their critical needs are food, shelter and non food items.

“We are appealing to all our partners, especially National Emmagency Management Agency (NEMA) Federal Ministry of Humanitarian Affairs, Disaster Management and Social Development, and the North East Development Commission to come to our aide,” Kolo said.

Similarly fire incident occured on Thursday In one of the resettled community  of Ngirburi village, Jere Local Government Areas where two persons were consumed by the inferno, houses and other valuables  were also burnt.

Another fire incident happened same Thursday in another resettled community of Mandarari in Konduga Local Government Areas but no live was lost.