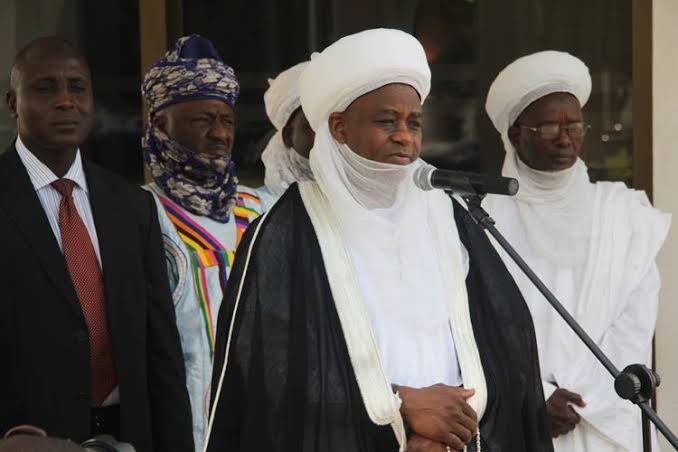 HOTPEN – Paths to avoid violence in the 2023 general elections have been suggested by the Sultan of Sokoto and President of the Nigerian Supreme Council for Islamic Affairs (NSCIA), Alhaji Muhammadu Sa’ad Abubakar III and the President, Christian Association of Nigeria (CAN), Archbishop Daniel Okoh.

They spoke in Abuja on Monday at the Inclusive Security Dialogue (ISD) facilitated by the Global Peace Foundation (Nigeria), Vison Africa and ADF International.

They urged the security agencies and other stakeholders to act collectively to forestall the consequences of the dangers of rigging, hate speech and other forms of electoral violence and malpractices.

Sultan of Sokoto, represented by Dr Hussaini Zakariyya of the Sultan Foundation, urged religious leaders to use their platforms to discourage youths from participating in election violence.

“Religious leaders are the most important and influential block in every society, especially in Nigeria by their nature and space, very religious people.

“Every Muslim, every Christian is proud to be what he is and what he believes. And not only that, he is willing to protect that live with all that he has life, belongings and everything he owns.

“Therefore, unless and until religious leaders are involved directly into the peace-building process to bring about peaceful coexistence of Nigerians, there will be no peace. Nobody has actually the power and the influence like just religious leaders,” the Sultan said.

On his part, CAN President, Archbishop Daniel Okoh, warned against election violence, saying the consequences are capable of truncating the country’s democratic process and national development.

He said the peace accord signed by presidential candidates should not be mere formality, but enforced.

He said the security agencies must be alive to their responsibilities to enforce the law against perpetrators of election violence.

“It is clear that the intention of the National Peace Committee is not just to fulfil all righteousness. The signing of the Peace Accord should be followed up diligently by law enforcement agents in order to ensure compliance by all parties with severe consequences for breaching the agreement,” Okoh said.

He equally noted that incidences of drug and substance abuse by youths is an enabler of electoral violence as those involved in drug abuse only know the consequences of their actions after the effect of the drugs may have subsided in them.

The CAN boss charged the Independent National Electoral Commission to be impartial in its conducts before, during and after elections.

“INEC must be seen to give a level playing ground to all the candidates and their political parties. The allegations of connivance of the electoral officers with party agents to frustrate voters on the day of election or to tamper with the election results should not be allowed to resurface in the forth-coming elections.

“Sometimes post-election violence is triggered by alleged unfairness and injustice demonstrated by the officers of the electoral body. The election of 2023 holds the key to our progress as a nation or our designation as a failed or a failing state,” Okoh said.

Earlier, President, Vision Africa, Bishop Sunday Onuoha, said peace and security in Nigeria is more important than campaigning for votes, warning that the country may be at the precipice of a historic change if care is not taken.

“If there is no peace, no one will come out to campaign or to vote,” he said