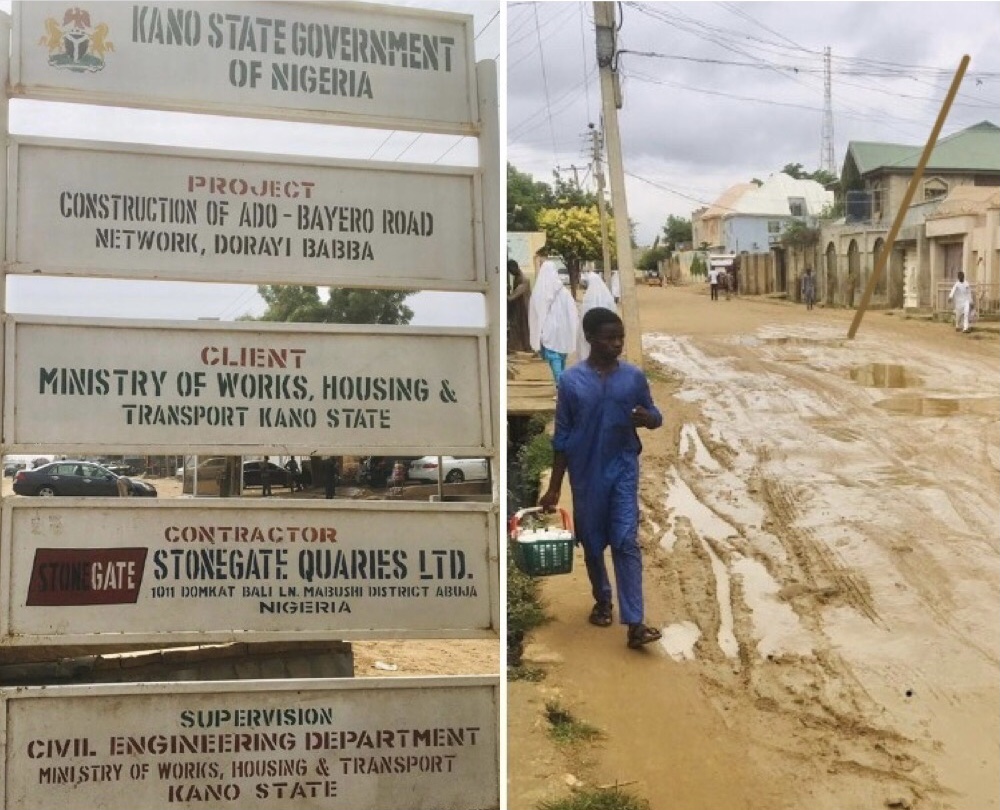 HOTPEN – Ado Bayero Road Network, at Dorayi Babba in Gwale Local Government Area, of Kano state is one amongst the numerous projects approved by Governor Abdullahi Umar Ganduje in 2018 which despite approval and released of multi-million naira, the project is still abandoned for over 3 years.

This assertion was made by a Journalist, Usman Bello Balarabe during a Press Briefing organised by PRNigeria on Wednesday in Kano.

Usman further explained that , the Ado Bayero Road Network is a 1 kilometer road project of which a total contract sum of N381, 904, 640.43 was approved for the project and awarded to StoneGate Quaries Limited in 2018 to be completed in a period of 3 months.

The journalist revealed that, several checks to find details about the company proved abortive as no exact information about the company which was awarded with the contract available online and in the corporate affairs commission records.

Meanwhile, the company is nonexistent and unregistered.

The official status report generated on 31st of March, 2022 from the CAC revealed the existence of another construction company similar to the one in question, but with different names and addresses.

Usman hinted that, when he contacted the company, he was informed that it has changed its name from Stonegate Quaries Ltd to Stonegate Engineering and Quarries Ltd, as such the search for the original name proved abortive.

“Even though, the old name and old address are still the available information on the contract papers and even on the signboard placed at the project site which is still there” he added.

In an attempt to find out why the project has been abandoned for over 3 years, the contractor said they were yet to receive any money from the state government despite having followed up and made an official request for advance payment, as such they had to demobilized from the site.

Meanwhile, Usman explained that the residents of Ado Bayero Road, at Dorayi Babba in Gwale LGA have in recent years raised more than N14 million through contributions from the members of the community and spent on the road just to make it a bit possible for themselves. Every year they spend at least N1million for the maintainance of the road.

He noted that, Kano State Commissioner for Works, Engr. Idris Wada Saleh declined to respond to any of the questions put forward to him on the missing links in the contract.

Therefore, Questions begging for answers that the Kano state government must provide are: “Since the contractor claimed he didn’t receive any money and had to leave the site without commencing work, where is the N38 million allegedly released for the purpose in 2019?”

“Also What about the payments voucher of N49 million that was raised to be paid to the contractor as 15 percent take-off fee?” the Journalist stressed.

Usman However, suggested that Anti-graft agencies and civil society organizations should wade into the matter, take it further, investigate and hold both the Government and the Contractor accountable to provide answers to questions on the missing links in the project.

He also requested that Government should provide explanations on why the project is yet to kickoff despite approval and released of multimillion naira.